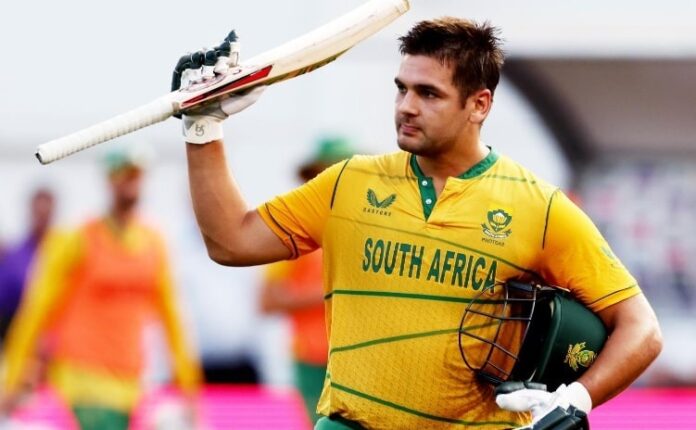 Rilee Rossouw’s swashbuckling hundred helped South Africa post 205/5 against Bangladesh. His innings produced the fourth-fastest hundred in T20 WC history. Brendon McCullum got it off 51 balls against Bangladesh in 2012 and is third on the list. Chris Gayle holds the record for the fastest and second-fastest hundreds, off 47 (2016) and 50 (2007) balls, respectively.

Rossouw’s second consecutive T20I hundred makes him only the second batter after France’s Gustav McKeon to achieve the feat. Rossouw smashed his first T20I century against India as South Africa put up its fourth-highest total in the format, which helped defeat India as they collapsed in its chase of 228 in the third and final T20I in Indore.

South Africa won the toss and opted to bat first against Bangladesh in the Super 12 Group 2 match at the Sydney Cricket Ground. South Africa’s opening match on Monday against Zimbabwe in Hobart was washed out. They had been on course for victory but were forced to settle for one point.

They are eager to get their tournament up and running against Bangladesh, but bad weather is forecast for Sydney. South Africa, Bangladesh, and Zimbabwe are in Group 2 along with the Netherlands, India, and Pakistan. The top two will make the semi-finals ( H/T NDTV )

OUT! LBW! SHAKIB GOES! Body-blow for Bangladesh as they lose their skipper! Shakib Al Hasan knew he was out as soon as he got rapped on the pads. That was an easy decision for the umpire. Anrich Nortje serves a very full ball in middle. Shakib Al Hasan shuffles way to across in his crease to flick but misses and gets pinged on the pads. An appeal for LBW and up goes the finger. Anrich Nortje gets his third now.