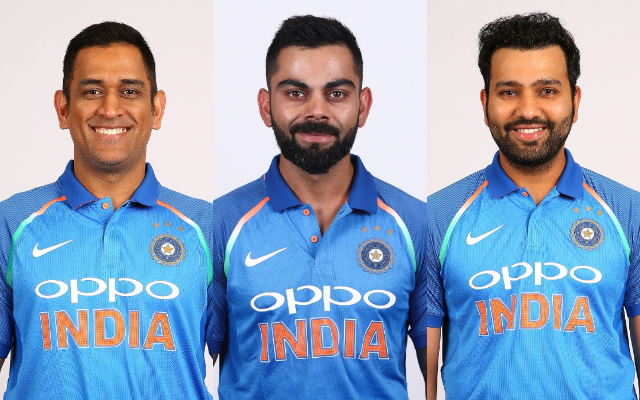 He also compared the traits of former captains Virat Kohli and MS Dhoni and heaped praise on their captaincy style.

Sourav Ganguly, who is himself considered to be one of the greatest Indian captains said we should not compare captains as everybody has a different style.

Rohit took over the captaincy charge in white-ball formats from Virat Kohli last year after T20 World Cup. While he was also named the Test skipper earlier this year when Kohli decided to relinquish that too.

In recent years due to COVID-19 and injury-related issues, India has seen as many as seven captains leading the team at various stages since the hitman Rohit Sharma took charge

“Rohit Sharma is obviously a bit laid back who takes things in a very calm and cautious way and not someone who’s into your face all the time,” Ganguly said during the Bengal Peerless event on ‘Leadership in Modern India’ here.

“India has produced some great captains over the years. MS Dhoni handled the transition fantastically and continues to bring accolades not just for India but his franchise (Chennai Super Kings).

“Then came Virat Kohli who also has a fantastic record. He was a different sort of captain, he did things differently.

“Every individual is different but what matters is the result and how many wins and losses you have. I don’t compare captains, everybody has their way of leadership.

“We give responsibility to someone, then we want him to do the things the way we want it, and I think that’s not correct. When you back someone let him captain, give him a bit of time to give results, and then see what happens.” ( H/T News 18 )

Under Ganguly’s captaincy, India reached the final of the 2003 ODI World Cup where they suffered defeat to Ricky Ponting’s Australia. While Ganguly came under scrutiny for his decision to bowl first after winning the toss and Australia posted a massive 359/2 and won by a massive 125-run en route to their second successive triumph.

No regrets on the decision, Ganguly said.

“I don’t think in retrospect. I was disappointed that I lost the final but I don’t think toss was the reason to lose the final. We did not play well,” he said. ( via News 18 interview )

Who do you guys rate as the best Indian Captain? Share your thoughts in the comment sections