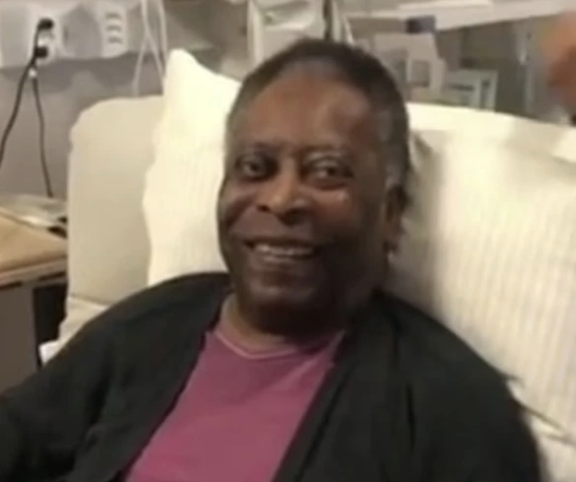 Pele, who is receiving treatment for colon cancer has been shifted to palliative care after chemotherapy stopped having the expected results.

Pele, 82, who is widely considered one of the greatest footballers of all time, was admitted to hospital on Tuesday to re-evaluate his cancer treatment.

He had a tumor removed from his colon in September 2021.

In palliative care, he is being treated only for symptoms such as pain and shortness of breathe.

Pele was admitted to hospital earlier this week after he had a general swelling and some cardiac issues.

Pele said in an Instagram post on Thursday that he was at the hospital for a “monthly visit” and thanked his supporters for the positive messages he had received.

“My friends, I want to keep everyone calm and positive.

“I’m strong, with a lot of hope and I follow my treatment as usual.

“I want to thank the entire medical and nursing team for all the care I have received.

“I have a lot of faith in God and every message of love I receive from you all over the world keeps me full of energy. And watch Brazil in the World Cup too!

We wish Pele an early recovery. Our prayers are with him.