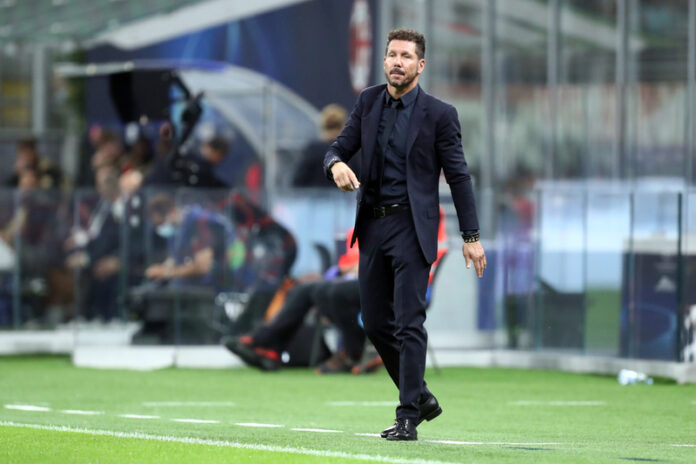 Atletico Madrid used to be a trigger savvy club when Diego Simeone first took charge of the club back in 2011.

The Argentinian replaced Gregorio Manzano, who was dismissed by Los Rojiblancos once before in 2001.

In between Manzano’s two dismissals, nine more head coaches were let go by the Atletico hierarchy.

A chance hiring that paid off

Having spent five years at Atletico as a player, Simeone was no stranger to the Vicente Calderon climate.

As a manager, however, he did not have much European experience.

But, the board decided to take a chance on him anyway. It turned out to be one of the best decisions they ever made.

Atletico finished fifth that year and won the Europa League.

The next season, Atletico overcame their city rivals Real Madrid in the Copa del Rey final.

It was Atletico’s first win over Real in 26 competitive meetings. But the real surprise came the season that followed.

Atletico Madrid defied all odds to win the La Liga in 2013/14 and came close to lifting the Champions League as well.

They became the Champions League runner-ups again in 2016, won the Europa League again two years later, and reclaimed the La Liga title in 2021.

He built a winning mentality

Simeone’s tactical approach is not universally admired, but even his harshest critic can’t deny that Simeone has brought about revolutionary changes in the club over the past decade or so.

But, has he taken the club as far as he could? Has ‘’Simeone Ball’’ hit the saturation point?

Yes, Atletico had won the league only eight months ago under Simeone, but there are countless instances of managerial dismissals months after winning a major silverware.

Modern football is capitalistically brutal, and past achievements barely give managers any elbow room these days.

How bad are we talking?

Atletico Madrid just got kicked out from the Copa del Rey losing to Real Sociedad, they lost the Spanish Super Cup semi-final to Bilbao, and they are 16 points adrift the top spot in the league.

Simeone’s men are still in the Champions League.

But, they were incredibly lucky to make it past the group round as they lost three matches as opposed to their two wins.

The resilience and fight of classic Simeone’s Atletico were rarely present.

Why are Atletico Madrid struggling?

First of all, they are not good going forward.

Antoine Griezmann looks like a shadow of the player who used to terrorise the opposition wearing the Atletico shirt.

Luis Suarez seems set for an exit after falling out with Simeone.

Joao Felix shows bits and pieces of his quality every now and then but his sporadic brilliance doesn’t justify his €127 million price-tag.

Matheus Cunha was brought in for €26m but he didn’t get enough chances to make an impact.

But, it’s Atletico’s form on the other end of the pitch that will be of more concern to Simeone.

Over the years, Atletico have built a reputation for their excellent defending.

In 2015/16, they conceded only 18 goals throughout the season, which happens to be a La Liga record.

This season, they have shipped 24 goals in only 20 La Liga matches.

Last season, the reigning Spanish champions let in only 25 goals in the entire season.

Moving away from his working formula can be cited as the root of this problem.

Diego Simeone has been the most notable user of the classic 4-4-2 in modern football, and it has served him good.

To make the best use of Atletico’s current attacking assets, however, the 51-year-old has been experimenting with some other formations.

We believe it’s still too soon for Diego Simeone to worry about his job at Atletico Madrid.

He has just signed a new three year contract at the club.

Not to mention, he has executive-like powers at the club, thanks to his incredible legacy.

But, Simeone would be well aware of the fact that the tables might turn on him if he fails to stop the rot anytime soon.