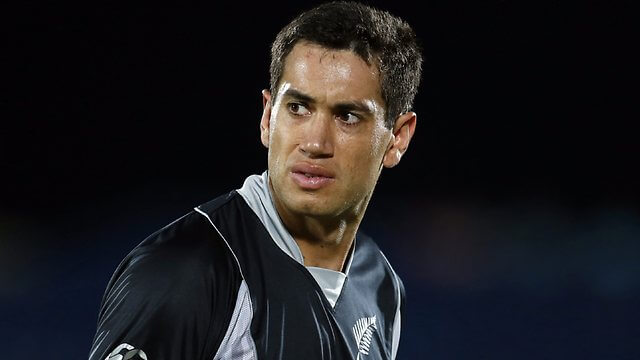 In the book named “Black & White”, Taylor opened up about the racism that he faced throughout his playing career.

He knew the comments didn’t come from a “racist perspective”, but rather due to “insensitivity” and lack of empathy from teammates and officials.

The 38-year-old veteran Ross Taylor who has played 112 tests, 236 ODIs and 102 T20I for New Zealand revealed he was for a long time a brown face in a vanilla setup.

“In many ways, dressing-room banter is the barometer. A teammate used to tell me, ‘You’re half a good guy, Ross, but which half is good? You don’t know what I’m referring to’. I was pretty sure I did,” he continued.

“Other players also had to put up with comments that dwelt on their ethnicity. In all probability, a Pakeha listening to those sorts of comments would think, ‘Oh, that’s okay, it’s just a bit of banter.

But he’s hearing it as a white person, and it’s not directed at people like him. So, there’s no pushback; no one corrects them.” Taylor was quoted as saying by stuff.co.nz.

He said that the onus, then, fell on the targets of these comments, but said it was always a conundrum for the players.

“Then the onus falls on the targets. You wonder if you should pull them up but worry that you’ll create a bigger problem or be accused of playing the race card by inflating harmless banter into racism.

It’s easier to develop a thick skin and let it slide, but is that the right thing to do?” he wrote.

“Not long after Mike ‘Roman’ Sandle became Black Caps manager, he said to Victoria (Taylor’s wife) that, when he was manager of the Blues rugby team, he’d observed that the Maori and Island boys struggled with managing money, ‘so if Ross wants to talk about it …’

Victoria laughed it off, and it probably didn’t take Mike long to realize that, however well-meaning, he’d been a bit hasty in his assumptions,” Taylor wrote in his book

“When I came back into the team after the captaincy drama, I found myself sitting next to (coach) Mike Hesson in the Koru Lounge at Dunedin Airport.

He’d come straight from his house. ‘My cleaner’s Samoan,’ he said. ‘She’s a lovely lady, hard-working, very trustworthy. All I could say was, ‘Oh, cool.” he wrote

Ross Taylor is of Samoan descent himself.

“Let me be clear: I don’t think for one minute that they were coming from a racist perspective. I think they were insensitive and lacked the imagination and empathy to put themselves in the other person’s shoes,” the veteran batter explained.