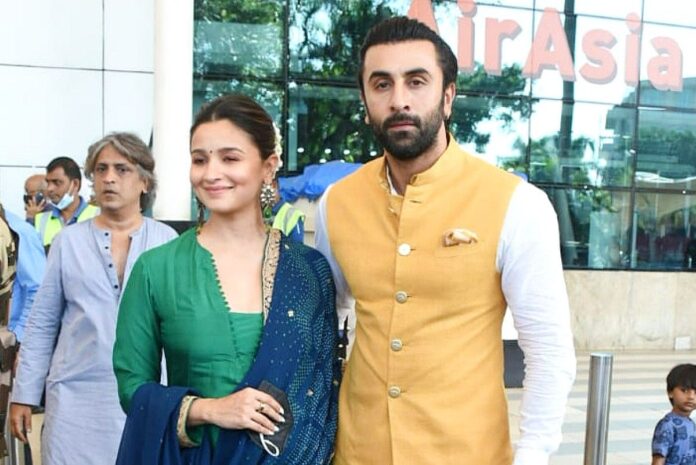 The Brahmastra team was stopped from entering the temple after the actor’s old interview on eating beef went viral.

Confirming the incident, a Mahakal police station official said they resorted to cane-charge to disperse the protesters.

Before leaving for Ujjain, the actress took to her Instagram handle and informed her fans about the same. She said, “Hello, we are back once again with some more information. Firstly, we are on our way to Mahakaleshwar Temple in Ujjain.” Ayan then chimed in and added, “Which I am very excited about on the eve of our release. I am very happy we found the time to go.”

“We will not allow them to worship at the holy Mahakaleshwar temple as a few days back Ranbir had said that he likes to eat mutton, chicken, and beef in non-veg food,” Bajrang Dal leader Ankit Chobe said.

Amid the protest, Brahmastra director Ayan Mukherjee was however allowed to offer prayers at the temple, said priest Ashish Pujari.

What had Ranbir Kapoor said on beef?

In 2011, Ranbir while promoting his film Rockstar said he loved eating beef.

“My family is from Peshawar, so a lot of Peshawari food has come with them. I am mutton, paya, and beef fan. Yeah, I am a big beef fan,” he had said.

Ranbir, Alia, and Ayan had to immediately leave. Now Beef is trending on Twitter as people are calling for Brahmastra’s Boycott

Ranbir Kapoor and Alia Bhatt’s much-awaited film of 2022 ‘Brahmastra’ will hit the screen this Friday and despite boycott calls and protests, the excitement level among fans is rising as the release date is inching closer.