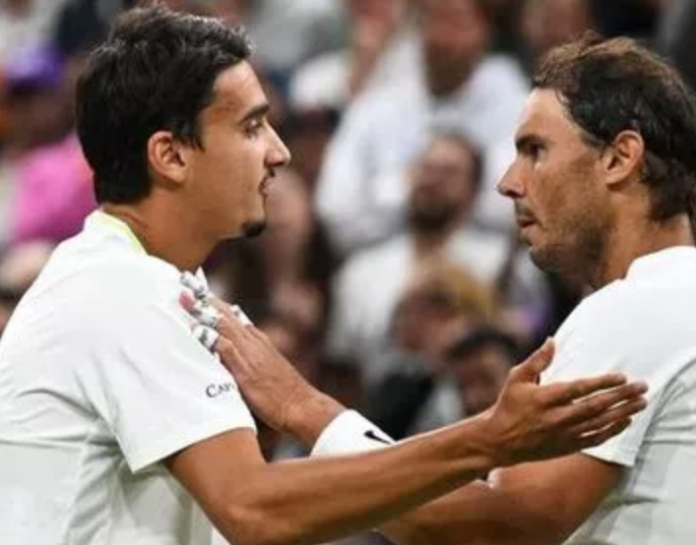 Rafael Nadal is known to be a cool customer.

But Nadal totally lost it in the third match at Wimbledon against Italian Lorenzo Sonego.

The trouble started when Nadal struck Sonego on the head.

In response, the Italian requested that the lights be turned on at 3-1 in the final set.

This led to a delay which upset the Spaniard as he wanted to close out the match as soon as possible.

The roof was later closed at 4-2 which led to further delays.

After the restart, Sonego regained his rhythm, won two games on the trot to level things up at 4-4.

That’s when Nadal blew his fuse.

He called Sonego to the net and they had a heated exchange.

This drew a lot of criticism from the fans and former players.

“This is interesting, he wants a word,” the commentator added. “That is amazing. I’m very surprised that Rafa took it upon himself and it just shows he lost his serve to love.”

“He has called his opponent to him and if I was Lorenzo Senogo I would be pretty offended too.”

Even Sonego was miffed. He said, “A player should not call his opponent on the net. You cannot do that at Wimbledon.”

“Nadal should have just had a word with the umpire. He distracted me.”

This shows Nadal is under too much pressure and we hope this doesn’t backfire on him.