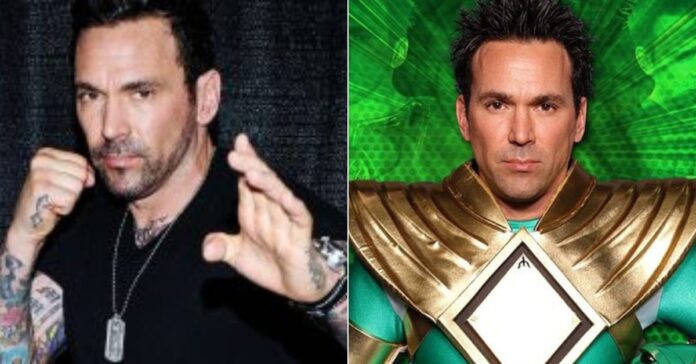 Jason David Frank is no more

Jason David Frank was best known for playing Tommy Oliver in the original Mighty Morphin Power Rangers franchise. Frank who starred as the green Power Ranger has passed away aged 49

Justine Hunt, Frank’s manager, said in a statement Sunday that Frank passed away. and asked for “privacy of his family and friends during this horrible time as we come to terms with the loss of such a wonderful human being.

It is speculated as per TMZ that Sources with direct knowledge tell us his death was the result of suicide.

Frank went on to reprise his role as Tommy in several adaptions of ‘Power Rangers’ — including ‘Wild Force,’ ‘Turbo,’ ‘Zeo,’ ‘Dino Thunder,’ ‘Megaforce,’ ‘Ninja Steel,’ ‘HyperForce,’ and more. He’s been a Red Ranger, a Black Ranger and a Green Ranger anew. JDF is a fan favorite Power Ranger … which is why he’s returned to the franchise time and again.

Frank is survived by his four children, sons Hunter and Jacob, plus daughters Skye and Jenna. The news of his death came as a shock to the actor’s fans as well as his friends and colleagues

Co-stars and fans pay tribute to the late actor

Jason’s Power Rangers co-star Walter E. Jones paid a heartfelt tribute to the actor. Sharing a throwback photo with Frank, Walter wrote, “Can’t believe it…. RIP Jason David Frank. My heart is sad to have lost another member of our special family.” Jones also spoke to People and said, “He was an inspiration to so many people. His presence will be dearly missed. It’s so sad to lose another member of our Ranger family.”

The social media handle for the popular 90s series shared a statement on the passing of Jason and wrote, “All of Ranger Nation is deeply saddened by the loss of Jason David Frank. JDF brought countless smiles to fans over the years and will be greatly missed. May the Power protect him, always.”

Another co-star of Frank, Amy Jo Johnson also expressed her grief on social media as she wrote, “[C]an’t believe it. My heart is sad to have lost another member of our special family. Jase, you were beautiful and truly unique. My life just won’t be the same without your frenetic, hilarious, caring, driven and creative ball of energy. I will always love you, dear friend. Please Rest now in Peace.”