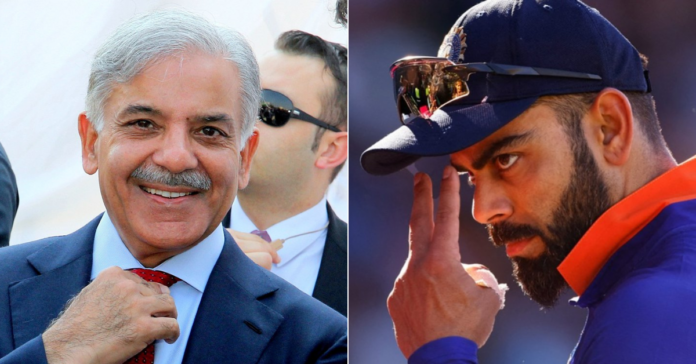 India’s hopes of winning the T20 World Cup came to a disastrous end after a crushing 10-wicket loss to England in the semifinal at Australia’s Adelaide Oval. Chasing 169, England openers Alex Hales and Jos Buttler made a mockery of the target with four overs to spare. England will now face Pakistan in the final on Sunday. Pakistan PM Shehbaz Sharif mocked Team India after India’s humiliating loss.

Pak PM referred to the match where Pakistan defeated Team India by 10 wickets back in T20 World Cup 2021. Pakistan’s scorecard was 152-0. It was the first time in history India lost a World Cup match against Pakistan

While India won 4 matches in the T20 World Cup, their glaring weakness in both and bowling was exposed against teams like South Africa and England. Captain Buttler and Hales, who made a comeback to international cricket in September after being out of the England setup since March 2019, chased down the total with four overs to spare. Hales scored 86 off 47 balls while Buttler made 80 off 49 balls as the pair smashed the Indian bowling all around the park.

One major question that turned up after India’s recent loss was whether it was time for the BCCI to allow Indian players to compete in overseas franchise leagues. India last won an ICC title way back in 2013, when they triumphed against England in the Champions Trophy final.