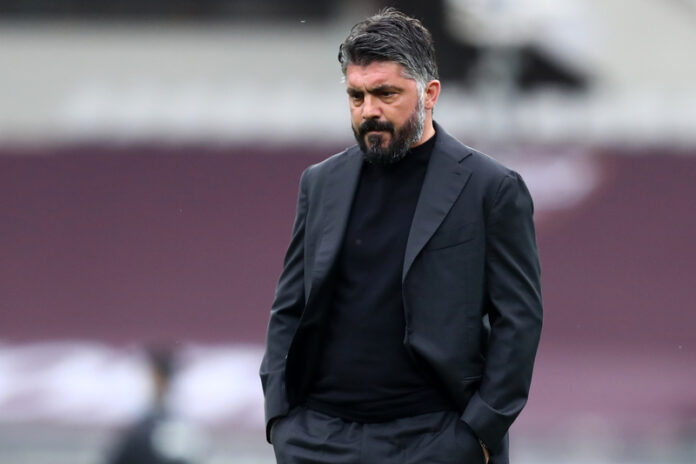 Napoli have officially sacked Gennaro Gattuso for failing to finish in the top four.

Napoli needed a win in their last match against Hellas Verona but they could only muster a 1-1 draw.

Meanwhile Juventus cruised to a 4-1 victory against Bologna to jump over Napoli in the Serie A table and bag the prized Champions League slot.

He posted: “Dear Rino, I am happy to have spent the last two seasons with you.

“Thanking you for the work done, I wish you success wherever you may go.

The next manger to face the chop could well be Andrea Pirlo.

There are strong rumours that Juventus are considering Gattuso as a possible alternative to replace Pirlo.

Two other names that are also being floated for the Juventus top job are former manager, Massimiliano Allegri and Zinedine Zidane who looks set to exit Real Madrid.