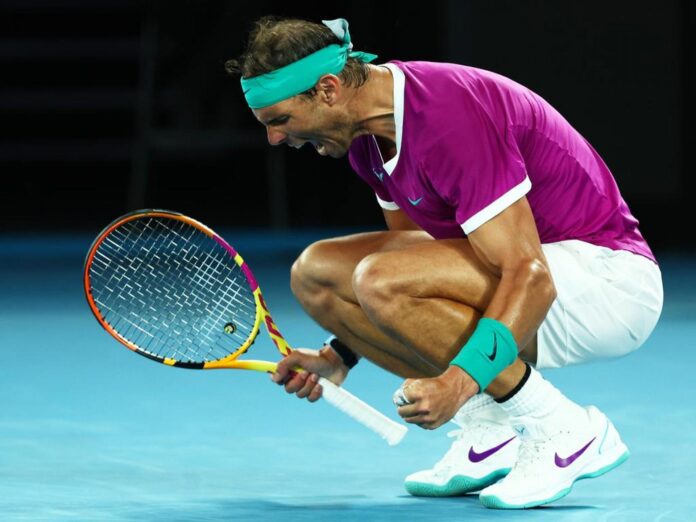 Last month, Rafael Nadal shocked the world when the 35-year-old Spaniard fought back from two sets down against Daniil Medvedev to win an epic five-set victory in the 2022 Australian Open and claim his 21st – and greatest – major championship. Nadal has now underlined that famous triumph with a 6-3, 6-3 straight-sets win in the rematch, crushing his Russian rival – who is about to become the ATP world No 1 – to advance to the Mexico Open final and remain undefeated in his 14 matches this year.

Medvedev learned on Friday that he had broken the five-year stranglehold of “the Big Three” on men’s tennis’s No 1 ranking, after Novak Djokovic lost in Dubai. One of Roger Federer, Nadal and Djokovic had held the top slot since Briton Andy Murray ceded it on 20 August 2017. No one other than that quartet has been No 1 since Federer displaced Andy Roddick in February 2004. Medvedev, the 2021 US Open champion, will ascend to the top of the pile when the next batch of rankings is released on Monday.

That achievement will now ring a little hollow after Nadal again outclassed and outmuscled him in Acapulco. Unlike in Melbourne, where the 26-year-old Russian surged to a two-set lead, it was the Spaniard who got off to a fast start. Medvedev was forced to defend a couple of break points in his first service game, before Nadal broke minutes later to take a 3-1 lead, which he held on to to claim the first set 6-3.

Nadal, who sat out much of 2021 with a foot injury that required surgery in September, is undefeated in 2022 and carried a 13-0 record into this semi-final. The depth of his recovery showed in the second set, breaking Medvedev’s serve early to go 1-0 up. But Medvedev grew into the contest as the set progressed and began causing the Spaniard all kinds of problems with his backhand drop shot.

Medvedev earned 11 break points across just two of Nadal’s service games in the second set. A six-deuce game was followed by a nine-deuce game at 3-2 as seven break points came and went for the Russian and Nadal dug deep, saving with equal parts aggression and patience, frequently closing points at the net following punishing serves and forehands to snuff out any attempted comeback.

Nadal’s holds under pressure eventually took the wind out of Medvedev’s sails and the Russian was broken once again as an unforced backhand error handed Nadal the win and set up a clash on Sunday against the British No 1, Cameron Norrie, in the final.