Müller named player of the month 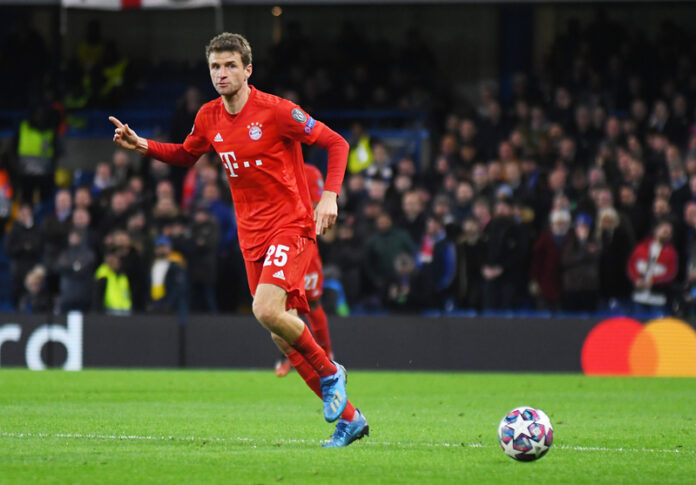 Landmark goal in the Champions League, 400 Bundesliga appearances reached and an assist record to end the year – December was packed with magical Thomas Müller moments! This didn’t go unnoticed by fans of the German record champions, who chose the attacker as their FC Bayern Player of the Month for December 2021. With 26 percent of the votes cast, the born-and-bred Bavarian finished just ahead of Robert Lewandowski and Leroy Sané (22 percent each).

Louis van Gaal’s famous “Müller always plays” quote has long held true, and rightly so. The 32-year-old always plays — and always delivers. The two-time Champions League winner scored two goals and set up three in five appearances in December, including his 50th Champions League goal and an assist in his landmark Bundesliga match against Wolfsburg, which saw him set a new assist record (13) for the first half of a season in Germany’s top flight.

Müller therefore made a big contribution to Bayern rounding off the last month of 2021 with a maximum haul of five wins in five matches in all competitions. For Bayern’s longest-serving current player, they were Bundesliga wins number 290 to 293, making him the most successful outfield player in the history of the competition. Another Müller milestone, which could be followed by a few more in 2022…

Bayern fans voted Leroy Sané’s sublime strike against Wolfsburg as their December 2021 Goal of the Month: