India will make its debut in the MotoGP calendar in 2023 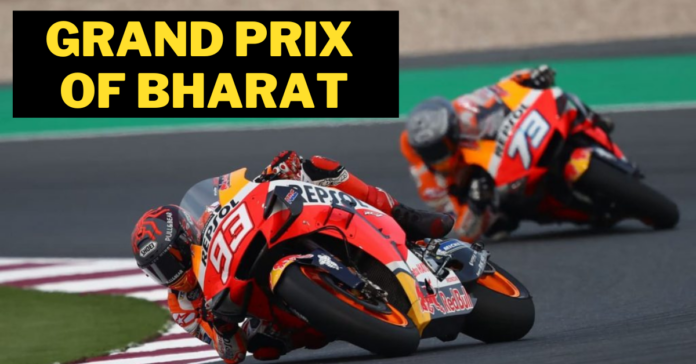 The Moto GP RACE in India will make its debut in 2023, the race will be called the ‘Grand Prix of Bharat‘. The MOU has been signed for 7 years, according to reports.

The world’s biggest AUTOMOBILE companies – Yamaha, Honda, Ducati, KTM, and Aprilia participate in the RACE. The races are likely to be held on the Formula 1 track at Greater Noida which also had the privilege to host the F1 races from 2011 to 2013.

The world’s premier two-wheel racing championship will be held at the Buddh International Circuit, which staged Formula 1 from 2011 to 2013.  India has been listed as the 14th round, to be held in September, in a 21-race calendar. Provisional dates for the ‘Grand Prix of Bharat’ are set for September 22-24.

Speaking to PTI, Fairstreet Sports COO Pushkar Nath said they have done their homework for the organization of the high-profile race, taking into consideration what went wrong with Formula 1 nine years ago. “India is the largest two-wheeler market in the world. Everyone has a connection with bikes. It has aspirational value. MotoGP is one of the most watched sporting events,” Nath told PTI.

“We have taken all the precautionary steps for the India round. We have taken all the steps to ensure we can race in India for a long period. We are looking at a winter round for India next year.” Akbar Ebrahim, president of the Indian motorsports federation FMSCI, welcomed the development.

The Indian government will provide full support to this historic event

Nath said the race is not possible without the support of the government and he is thankful to both the state and center for their help in getting the event to India.

“It is like hosting the Commonwealth Games with 5000 people working on the race itself leaving aside the fans and everyone else. The BJP government both in state and center has been really helpful.” Nath said

“They also want to boost tourism in India. People will be coming from Europe and other parts of the world and it would be shown live in 200 countries,” said Nath.

Fair street Sports will be paying millions of dollars to Dorna for the race every year. It wasn’t sustainable for the Jaypee Group when it hosted Formula 1 but Nath said his company has factored in the huge costs involved.

UP CM Adityanath said, “It’s a matter of great pride for Uttar Pradesh to host such a global event. Our government will provide full support to MotoGP Bharat.”

“Not just readying the race track, the biggest challenge will be to create the infrastructure for the race,” he said.

Former FMSCI president Vicky Chandhok, who was at the helm when Formula 1 came to India, said the seamless entry of the equipment is a must for the success of the event.

“The arrival of the equipment has to be seamless. If that happens, the word will spread that India has changed and it has become feasible to organize races here, then it could also lead to the return of Formula 1. It is a massive market at the end of the day. NASCAR too may come in.

“We have already hosted the Asian Road Racing Championship in the past. So Moto GP has to be the next step,” he added.

The all-electric Formula E race is also coming to Hyderabad next February and if Moto GP can go ahead as planned, Indian motorsport will finally get what it’s desperately waiting for.