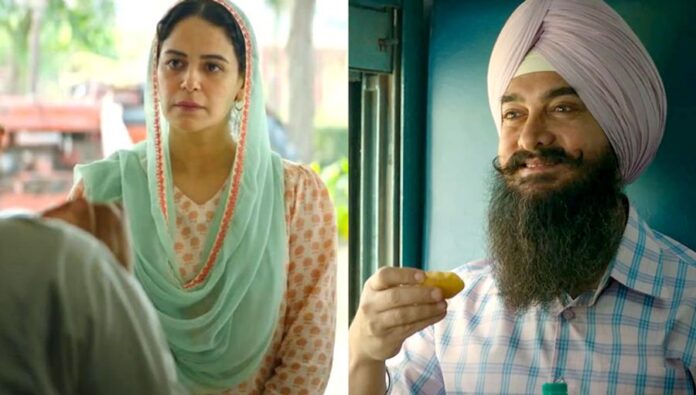 The most awaited and controversial movie of the year so far, Laal Singh Chaddha which has Aamir Khan, and Kareena Kapoor Khan in the lead, is currently showing in cinema halls.

Mona Singh and Naga Chaitanya also feature in pivotal roles in the movie.

The film as expected has mixed reviews from both critics and audiences and is failing to make a mark at the box office.

The primary reason behind this is thought to be the boycott trends that started even before the film was released. Actress Mona Singh, finally had something to say about the same.

In an interview with India Today, Mona said, “I was very sad. I mean, what has Aamir Khan done to deserve this? He is a guy who has always entertained us for the last 30 years. But I was very confident that the boycotters would come around once they started seeing that the film is resonating with every Indian.”

Laal Singh Chaddha is unfortunately one of those films that have failed to earn decent revenue even on a long weekend which also had a national holiday.

Thugs of Hindostan had disastrous results too but at least it had a record-breaking opening weekend.

Laal Singh Chaddha has been rejected from the very beginning which is why a Bollywood Hungama report shows that this movie will be Aamir’s worst since Mela (2000).

Taapsee Pannu on the other hand, wants social media users to boycott her upcoming film Dobaara as she thinks it will make the movie trending and fetch publicity for the same.

Let’s hope Taapsee is careful with what she wishes for and doesn’t regret her comments later.