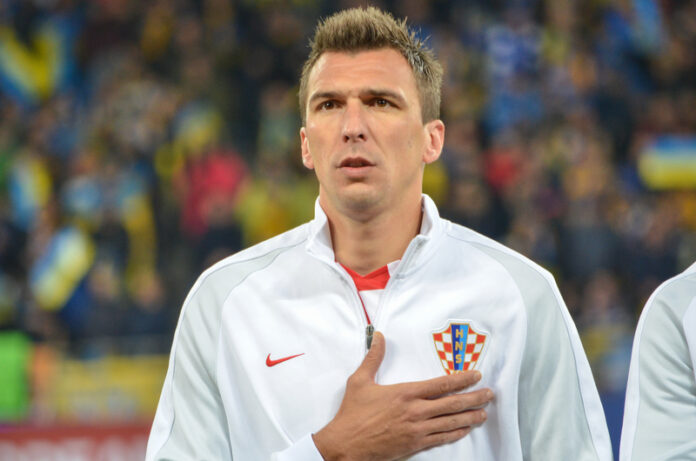 Luka Modric and Mario Mandzukic are football legends who brought glory to Croatia on the world’s biggest stage.

Mandzukic, who recently announcement his retirement from football, played with Modric for many years in the Croatian national team, but their relationship broke down a few years ago.

In his new autobiography ‘My Game’, Modric explains just what happened between the pair which caused a rift between them for years.

“Mario is a special guy. He sometimes seems grumpy and that he’s in a bad mood. Anyone who doesn’t know him well would think that really moody,” Modric wrote.

“All this time I knew him as a great guy, with a great heart. He was very dear to me from day one, although it took me a long time to understand just what he’s like. We spent a lot of time together in the national team.”

Modric explains the exact incident that led to the problem.

“On a visit to Iceland, when we were up against them in the playoffs to go to the World Cup in Brazil, I ran into Mario in front of the hotel elevator,” the midfielder continued.

“‘Come on, Mario, we’re going to go hard today,’ I told him, like we always do before training or games. Mandzukic, however, surprised me with his reaction.

“‘Look at yourself, leave me alone.'”

The relationship wasn’t the same from that day onwards and didn’t improve for several years.

“I always had a good relationship with Mario. We were in constant contact until then. Then there was silence, the relationship cooled off.

“If it happened today, I would have cleared it up immediately or, in the worst case, at the next team meeting. But I was defiant too.

“When two difficult people short circuit, the energy disappears. Frankly, I was wrong, but I didn’t want to take the first step. Obviously neither did he.”

Modric did try and discuss the matter with his countryman and they resolved the issue, as he details in the book.

“I waited for the right moment and started the conversation. I wanted to tell you how sorry I am that we no longer have a close relationship,” I said.

I wanted to know why we have been speaking exclusively to each other in a professional way for over three years,” Modric noted.