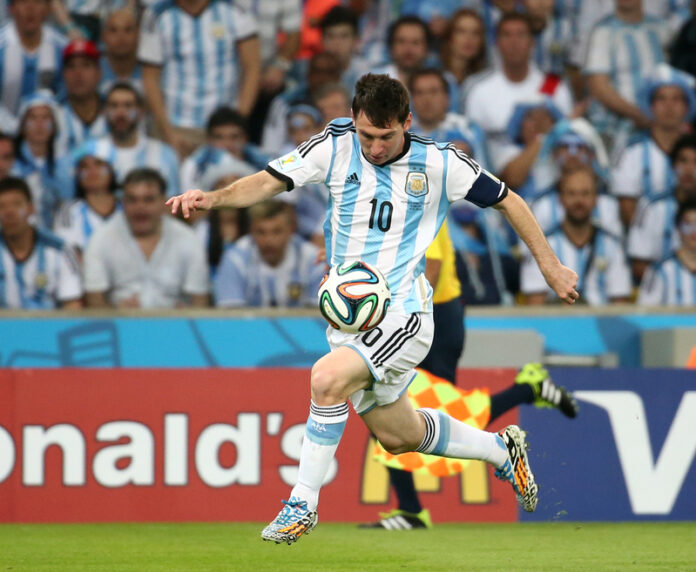 Lionel Messi has surpassed yet another milestone in his illustrious career as he became the highest-scoring male footballer in CONMEBOL history after scoring a hat-trick against Bolivia.

In doing so, Messi moved past Brazil legend Pele in the all-time scoring list. The Argentine currently has 79 goals to his name, while Pele had 77 under his belt when he hung up his Selecao colors.

However, it has taken Messi 153 matches to overcome Pele, who had played only 92 matches for Brazil before retiring.

The Argentina captain opened his scoring in style as he frisked through the Bolivia backline, found a pocket of space, and beat the goalkeeper from the edge of the d-box.

The timer on the scoreboard read only 14 minutes then.

Thanks to the early lead, Argentina took control of the match and started probing for a second one.

In the 64th minute, the hosts got a two-goal cushion. Unsurprisingly, it was Messi who found the back of the net again.

Messi exhibited exquisite footwork once again to find his way through a jam-packed Bolivia d-box. He linked up with Lautaro Martinez to unlock the Bolivian defense and finished off the move.

Messi piled up on the misery of the visitors as he added a third in the 88th minute.

Carlos Lampe made a save only to steer the ball towards the path of Messi, who made no mistake from the close range to make it 3-0.

The match was the first Argentina match played in front of an audience since the Covid restrictions were imposed.

The Argentina team brought the Copa America trophy, which they had won a few months ago, to the stadium and lifted it in front of 21,000 Albiceleste fans.

Because of the surge of coronavirus cases in Argentina back in July, Messi and his teammates couldn’t celebrate the trophy with their fans.

It’s the first international title Argentina has won in 28 years, so emotions ran high inside the Estadio Monumental as the Copa America champions danced and sang in joy alongside their loyal fans.

The win placed Argentina second in the CONMEBOL World Cup qualifying stage with 18 points in 8 matches.

Brazil, who beat Peru 2-0 the same day, occupies the top spot with 24 points in 8 matches.

Brazil and Argentina have played a match less since the Superclasico between the two teams got canceled because of Covid protocol breach.

FIFA is yet to decide whether or not the match will be replayed.

However, reports suggest Argentina might be awarded the whole three points.

The teams finishing top four in the CONMEBOL region World Cup qualifiers will get direct entry to the 2022 World Cup.

The fifth team will have to participate in a play-off tie against the Oceania zone champions.