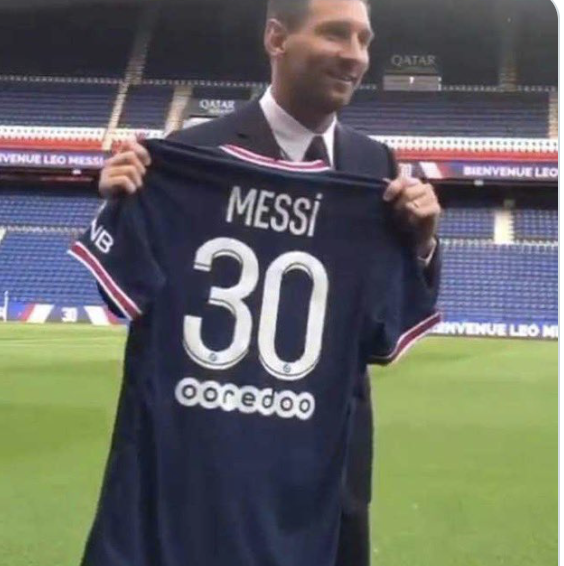 Messi’s arrival at PSG has created ripples across the world.

After a 21 year old career, it will be disconcerting for Barca fans to see him in the PSG colours of blue and red.

But that’s a reality they will soon gave to get used to.

According to reports, Messi was offered the No.10 shirt by his friend, Neymar.

However Messi refused the offer.

Rumours surfaced that Messi might opt for No. 19 which he wore in his youth but those also turned out to be untrue.

Finally, we have confirmation that Messi’s jersey number will be 30.

While the No.30 may not mean much for the majority of players and is primarily reserved for goalkeepers in Ligue 1, it symbolises the start of Messi’s professional career at Barcelona.

The number has special significance for the forward, having worn it in his debut season with Barcelona all the way back in 2004 – 17 years ago.

Messi’s capture rounds off a remarkable window for PSG, who also signed Gianluigi Donnarumma, Georginio Wijnaldum and Sergio Ramos on free transfers as well as landing Achraf Hakimi from Inter.

PSG is planning a grand welcome for Messi.

Reports suggest that there will be an Eiffel Tower light show to confirm the arrival of Lionel Messi.