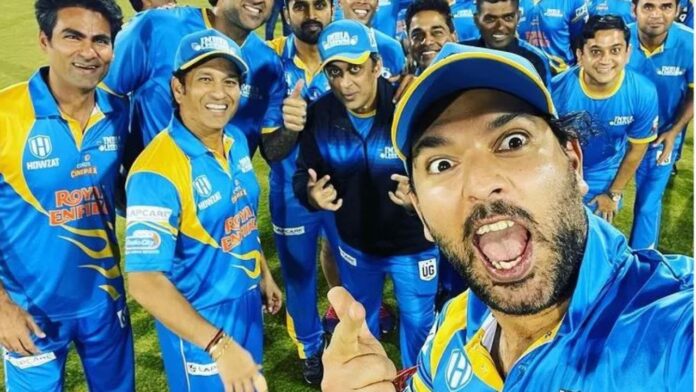 Legends League cricket 2022 will take place on 16th September at the Eden Gardens in Kolkata.

The organizers of Legends League Cricket announced the full schedule and venues for the upcoming second edition of the tournament on Tuesday.

The tournament is scheduled to be played from September 16 in six cities. of which 5 are Kolkata, New Delhi, Cuttack, Lucknow, and Jodhpur.

A match between India Maharajas and the World Giants will be played a day before the opening game of Legends League Cricket.

This special match will be played to celebrate India’s 75th year of Independence.

All the grounds will have three matches each apart from Jodhpur and Lucknow, where two matches will take place.

Raman Raheja, Co-Founder & CEO, of Legends League Cricket, said, “The wait is over for our fans and viewers. They can plan for the matches with the announcement of fixtures.”

“We are not getting any players from Pakistan for the upcoming season. We will soon be adding some more international players to the Draft.” Raheja said

“And all our Legends would be playing a full season with us and not miss any matches for any other League or commitment,” he added

“We are soon announcing our ticketing partner along with the dates for the availability of tickets “For the final match of this season we are looking at Dehradun,” he further added.

Ravi Shastri, Commissioner, Legends League Cricket said, “We are coming to mesmerize the cricketing fans at these wonderful cricket grounds.”

“This festival season we will be presenting the cricket carnival with Top Legends competing for the first Legends League Cricket Title.”

The complete list of all the fixtures is presented below:

Play-Offs: October 5 and 7 – Venue to be announced

Finals on October 8 Venue to be announced

Check out the Team India squad for the upcoming Asia Cup 2022 here.