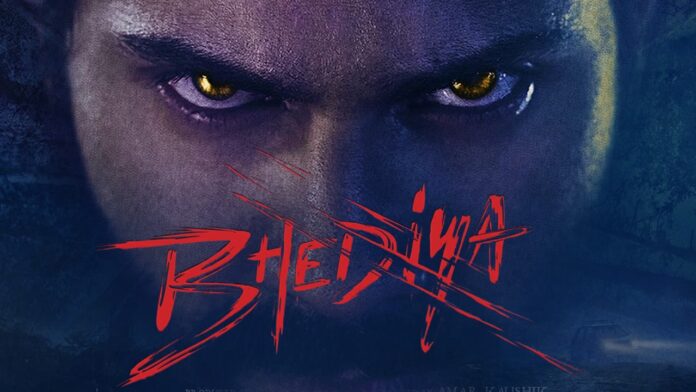 With her eagerly anticipated new film, “Bhediya,” Bollywood actress Kriti Sanon has adopted a completely different role as a doctor. Her first look was released by the producers today, and it has generated a lot of buzz online.

Kriti is depicted in the newest poster for Bhediya with short, fashionable hair and a large syringe in her palm. What’s she doing? What does her persona entail? The trailer release on October 19th will undoubtedly provide some clarification.

Varun Dhawan had already unveiled a fresh poster for the horror comedy. On nights with a full moon, he appears as a vicious werewolf. In the movie’s poster, Kriti, Abhishek Bannerjee, and other cast members appear worried. “Ab hoga Jungle Mein Kaand (an incident will happen in the jungle now)! #BhediyaTrailer howling on 19th Oct,” he captioned the post.

Bhediya, directed by Amar Kaushik and produced by Dinesh Vijan. Deepak Dobriyal, and Abhishek Banerjee, among others, have important roles in the movie. After the 2015 rom-com Dilwale, the movie will be Varun and Kriti’s second collaboration. The movie was filmed in Arunachal Pradesh in March.

Bhediya will be howling from 25th November in theatres.