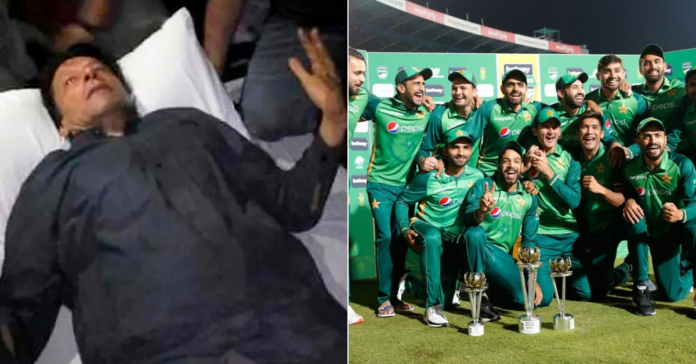 After the latest gun attack on Imran Khan, people have raised concerns about Pakistan hosting the 2023 Asia Cup. Major ICC tournaments will take place in the subcontinent and Pakistan will host the forthcoming edition of the Asia Cup in 2023 followed by the 2025 ICC Champions Trophy.

The PCB is keen on hosting the event on home soil despite reservations from the Board of Control for Cricket in India (BCCI).

Newly-elected BCCI President Roger Binny, who replaced Sourav Ganguly as the BCCI chief on Tuesday, has admitted that clearance for touring or inviting other countries can only be given by the government.

“That isn’t our call,” Binny was quoted as saying by news agency ANI on Thursday. “We can’t say where our team has to go. We need to take clearance from the government if we leave the country or other countries come here. We can’t take that decision on our own, we’ve to rely on the government.”

A lot is going on since BCCI secretary Jay Shah, who is also the president of the Asian Cricket Council, confirmed that India would not be traveling to Pakistan for the Asia Cup next year and that the event will be happening at a neutral venue. What followed was a statement from the Pakistan Cricket Board stating that the decision was made without even consulting the ACC members and the board said that it could impact Pakistan’s participation in the 2023 World Cup

When was the last time India traveled to Pakistan?

The Asia Cup in 2023 will be a 50-over event as it will be used to prepare for the ODI World Cup in India next year.

India has not toured Pakistan since 2008 due to strained relations between the two countries. The last bilateral series between the arch-rivals took place in 2012 when Pakistan toured India for limited-overs matches.