Is Kangna Ranaut’s Bollywood career over? 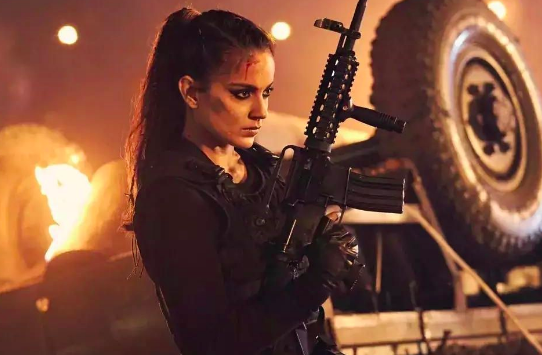 If there is one actor who is the feeling the heat nowadays, it’s Kangana.

And it’s not because of the summer heat!

The main reason is – Kangana’s movies have been thunderous flops, one after the other.

It seems like the audience doesn’t want to see her any more and are tired of her histrionics.

Though Kangana is a brilliant actor, it is possible that she has over-exposed herself and the audience wants something new, something fresh.

This is the only explanation why out of her last 9 movies, 8 have bitten the dust!

Dhaakad has turned out to be her biggest flop of all time in the Hindi film industry.

Moreover, it has no buyers on OTT and satellite rights as Dhaakad has failed to cross the Rs 3 crore mark at the box office.

Dhaakad was released on May 20.

After the release, the industry and trade experts were stunned when the day 1 figure was a mere Rs. 50 lakhs.

The day two figures were in the same range.

The three-day collections were Rs. 1.55 crore while the lifetime of the film will be less than Rs. 3 crore.

Kangana’s last hit was the 2015 release Tanu Weds Manu Returns which managed to pull in Rs. 150.8 cr. at the box office.

Since then, Kangana has had eight flops, which also include I Love NY, Katti Batti, Rangoon and Simran.

The only exception during this time was the film Manikarnika – The Queen of Jhansi which collected Rs. 92.19 cr. and was an average hit.

What the trade says

Trade expert Komal Nahta, speaking about Dhaakad’s flop show, said, “It deserved to fail as it’s such a bad film.

“People don’t bother about the form as much as they bother about the soul of the film. If there’s no soul, then no amount of uniqueness of the action or that it’s being helmed by a lady protagonist matters as the content was so poor.”

“They did work a lot on the action but to no avail.”

If Kangana’s next few films don’t deliver, it could be game over for the talented actress.