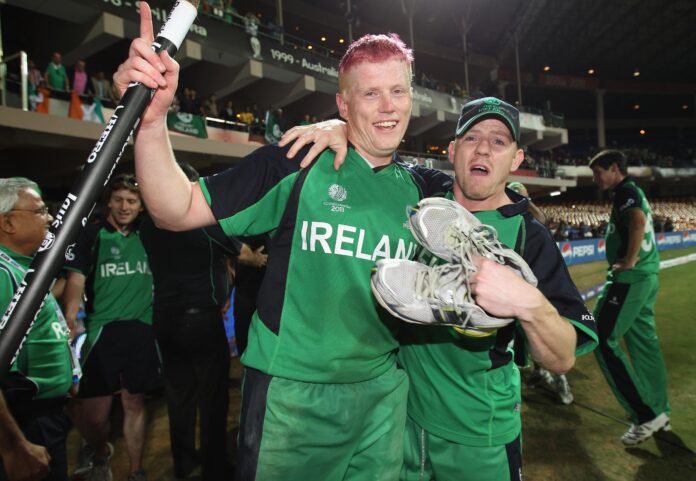 Kevin O’Brien announced his retirement from international cricket on his official Twitter account on August 16. In his statement, he wrote :

“Today I announce my retirement from international cricket after 16 years and 389 caps for my country. I had hoped to finish my career at the T20 World Cup in Australia but having not been picked for the Irish squad since last year’s World Cup, I feel that the selectors and management are looking elsewhere.”

“I have enjoyed every minute playing for Ireland, made many friends on the pitch and I have so many happy memories to remember from my time playing for the National side,” O’Brien wrote.

Kevin O’Brien also wrote about his intention to open his own cricket academy and use his cricketing experience to teach upcoming youngsters in Ireland.

He revealed his plans in the official statement:

“It’s now onto the next stage of my life and my career for me, the time is right.”

I want to continue to grow my own Coaching Academy here in Ireland and I have some exciting opportunities coming up in the near future.

I also want to continue to gain coaching experience overseas and hopefully will have more opportunities with some international and professional sides in the near future.”

Kevin O’Brien is one of the most well-known names to come out of Ireland Cricket.

A fantastic all-rounder, he represented Ireland over a career span of 16 years having played three Tests, 153 ODIs, and 110 T20Is.

He has scored 5,850 runs in international cricket and picked up 172 wickets. ( H/T Republic World )

Thank you for all the memories.