IPL: Why are Mumbai Indians in crisis? 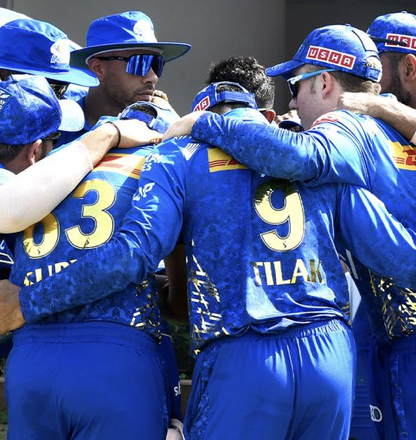 Mumbai Indians (MI) have had the worst possible start to the Indian Premier League (IPL) 2022 season.

They have lost all the six matches they have played so far, which is impossible to digest for any MI fan.

Some people are consoling themselves that MI are known to be slow starters before revving it up and launching themselves in the latter part of the season.

But that kind of thinking shows an ostrich mentality. It’s important to analyse why MI are under-performing so that corrective steps can be taken.

So let’s look at 4 big reasons for the slide.

The obsession with Ishan Kishan

There is no doubt that Ishan is a great talent.

In full flow, he is a sight for sore eyes and a proven match-winner.

Yet, he is also young and is relatively inexperienced in handling extreme pressure.

The pressure comes from 2 sources. One, by playing for MI which is probably the most watched and followed team in IPL where the spotlight is always on the players.

Every action is observed with a microscope and every failure is analysed and discussed, so the players have no option but to perform from the first moment.

The second source of pressure is the 12 crore price tag that can put a huge mental burden on a young cricketer like Ishan.

Without the maturity to handle these kind of expectations, the talent can shrivel up and wither under the harsh scrutiny of the media and cricket fans.

MI had a core of a successful team which they dismantled this year.

Rahul Chahar, Trent Boult and the Pandya brothers were highly experienced IPL performers who could ensure that the wicket-taking burden wasn’t left only to Bumrah.

In their absence, Bumrah’s performance has also dipped.

They’ve persisted with Tymal Mills and Daniel Sams who haven’t been successful in plugging the runs.

Quinton de Kock was another vital peg of the MI batting line up.

In his absence, the land of Ishan and Suryakumar has increased disproportionately.

The result is an imbalanced squad with too many young faces and lack of experience which is impacting performance.

The MI skipper has struggled to get going in the tournament.

He’s batting with so many inexperienced batters around him that he feels he has to shoulder the added responsibility of scoring the bulk of the runs.

This is resulting in lapse of concentration and the wrong shots, leading to an early dismissal.

Mumbai has suffered in their first two matches due to a weak middle order.

Hardik and Krunal Pandya, to handy performers with the bat are no longer part of the team.

Suryakumar Yadav did not feature in the first two games due to injury concerns and the losses put further pressure on the inexperienced middle-order in the subsequent matches.

Tilak Varma looks like an outstanding talent but he hasn’t been getting much support from the other batters.

Due to Kieron Pollard’s bad form, MI really don’t have a proper finisher.

It’ high time MI get over their obsession with Kieron Pollard and try someone like Tim David who can be explosive in the final overs.

Pollard is a passenger in the team as he is not performing with the ball either.

Dewald Brevis looked good in his first IPL outing and He should be given a long run.

MI have been a great IPL team but it’s now the time to start afresh.

Brevis, Varma, Suryakumar and Ishan are 4 amazing talents they can build on.

What MI needs are 2-3 solid all-rounders who can also perform the role of finishers.

Bumrah can’t be expected to shoulder the bowing attack on his own and urgently needs reinforcements.