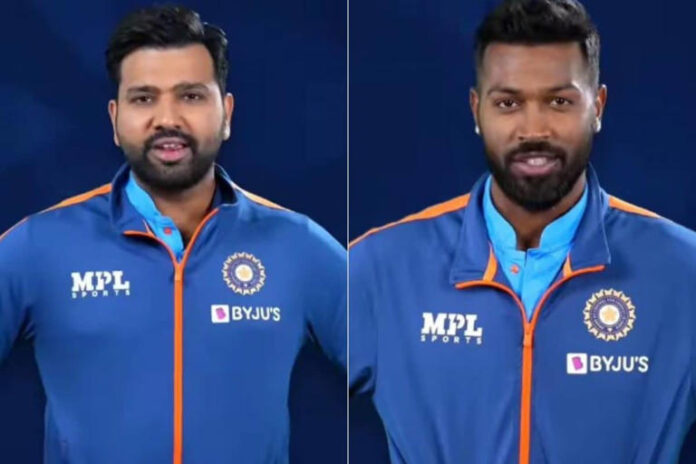 MPL Sports, India’s official kit partners, announced on Tuesday that they will launch a new jersey for the Indian cricket team ahead of the T20 World Cup in Australia this year

A video on Twitter was shared by MPL in which captain Rohit Sharma, all-rounder Hardik Pandya and batter Shreyas Iyer requested the fans to be a part of their dream jersey

Fans will have an opportunity to interact with players and have a look at the Indian team jersey, but they did not reveal it all

“The game is not really the same without you guys cheering us on! Show your fandom along with BCCI for the game by sharing your fan moments,” they wrote on Twitter.

Team India has been donning the dark blue jersey recently which was also launched by MPL in last year’s T20 World Cup.

Fans are really excited by the teaser launch as the small video shows a sneak peek of the Indian Team jersey.

The return of the old light blue jersey looks certain for the showpiece event, as what it looks from the video. The light blue shade would bring back a lot of memories.

The announcement of a new jersey brought joy among the fans who flocked Twitter with anticipation and excitement.

The game is not really the same without you guys cheering us on!
Show your fandom along with @BCCI for the game by sharing your fan moments on https://t.co/jH9ozOU1e9#MPLSports #IndianCricketTeam #ShareYourFanStories #CricketFandom #loveforcricket #cricket pic.twitter.com/VObQ3idfUz

The teaser has now garnered a lot of eyeballs among fans. Rohit Sharma, Hardik Pandya, and Shreyas Iyer paid fitting tribute to fans by saying, they make this game more memorable.

India failed to make the final of the Asia Cup after defeats to arch-rivals Pakistan and Sri Lanka in the Super Four stage.