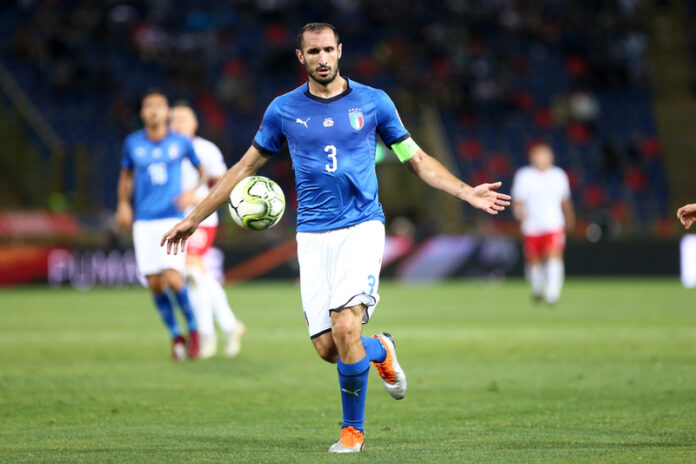 Italy will face Spain in the semi-finals of Euro 2020 at Wembley in the presence of 60,000 spectators on Tuesday.

Between them, these 2 countries have won 4 European Championships amongst them.

No wonder, football fans across the world will be watching this contest with bated breath.

Leonardo Spinazzola suffered a terrible foot injury against Belgium and will be out of action for about six months.

This is a devastating blow to Italy as Spinazzola has redefined the role of ‘wing-back-winger’ and leaves Roberto Mancini with a major task of finding a replacement for the influential wing-back.

However, this injury can also galvanise the Italian squad.

There were moving scenes after the game as the team rallied around the Roma left-back, vowing to win the tournament for him.

Emerson might be the man to replace Spinazzola, although this is a switch that will surely weaken Italy’s threat from out wide.

Alessandro Florenzi is back in contention after a calf problem, but Mancini needs to decide whether to select him ahead of Giovanni Di Lorenzo for the right-back position.

Further up the field, Mancini has a wealth of attacking options, with the likes of in-form trio Matteo Pessino, Manuel Locatelli and Federico Chiesa pushing for starting berths.

Ciro Immobile put in a poor display in the match against Belgium and this might push him behind Andrea Belotti in the pecking order, for the centre-forward berth.

The biggest plus point is that Marco Verratti is back from injury and his ability to unlock the brittle Spanish defence with a killer pass will come in handy.

For Spain, PSG winger Pablo Sarabia is a major doubt after picking up a muscle injury against Switzerland.

Red Bull RB Leipzig’s Dani Olmo is likely to cover in his absence.

Ferran Torres is likely to keep his place in the side and will link up alongside Dani Olmo and Alvaro Morata in attack.

However, there is an injury concern regarding Aymeric Laporte.

Spain hasn’t hit the heights at Euro 2020, but still find themselves in the final four of the tournament.

After a sluggish start, the Spanish sparked into life with two five goal performances against Slovakia and Croatia.

The erratic form continued against the Swiss in the quarter-finals when La Roja weren’t at their best.

The creative flair needed to unlock a packed defense has been lacking.

Despite dominating the ball and chances, the play seems almost formulaic and too easy to predict.

This will certainly be cause for concern for Luis Enrique, especially after seeing how the Italians blunted the world-class Belgium attack.

Spain have won 12, drawn 12 and lost just nine of their matches against the Azzurri.

Since 2000, they have been even more dominant, winning seven, drawing four and losing only two.

The two heavyweights met in the Round of 16, with Giorgio Chiellini and Graziano Pelle sending Italy into the quarter-finals.

The two sides last met in World Cup 2018 qualifying with Spain winning 3-0 at the Bernabeu following a 1-1 draw at the Juventus Stadium.

However, Spain, along with Germany, are the joint most successful team in the history of the European Championship.

Based on current form, we expect Italy to beat Spain 2-0.