David Moyes made wholesale changes to his West Ham starting XI, with the Europa League semi final on his mind.

The Hammers produced a remarkable display regardless and almost returned home with a point.

The goalkeepers barely had anything to do in an uneventful first half.

The Chelsea defence had some shaky moments, but West Ham failed to capitalise.

The hosts came out with more intensity in the second half, but a well-drilled West Ham defence kept them mostly at bay.

Craig Dawson was the standout performer in the West Ham backline for the most part.

But, he had a terrible end to the game conceding a penalty with only a few minutes left on the clock.

Moreover, he got sent off as VAR ruled that he had denied Romelu Lukaku of a clear goalscoring opportunity.

Jorginho, who has infamously missed some big profile penalties lately, shot the ball straight at Lukas Fabianski, who didn’t have to do much to keep the ball outside.

But, Pulisic provided the crucial breakthrough in the dying minutes as he latched on to a Marcos Alonso low cross and fired it past Fabianski to make it 1-0. 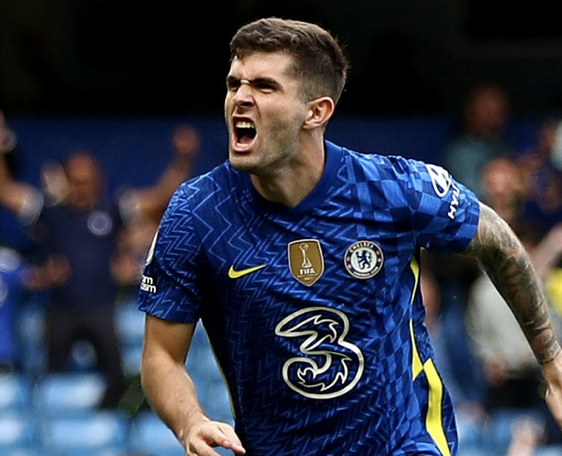 The Denmark international made some big errors against Arsenal, but his absence handed Thomas Tuchel a severe selection headache, with Antonio Rudiger already ruled unavailable.

Trevor Chalobah started the game and took his time to settle down.

Both him and Azpilicueta lost the ball in dangerous areas quite a few times. Those mistakes did not prove costly, however.

Timo Werner kept his place following some good performances, but the German failed to make an impact.

The East Londoners sat deep, cut off the key passing channels, and launched quick counters, whenever the opportunity arrived.

Declan Rice and Jarrod Bowen got introduced into the game in the second half. But, Moyes made it clear that his priorities lie on West Ham’s Europa League campaign.

Chelsea are third on the table with 65 points.

They are 5 points ahead of fourth-placed Arsenal, who played a game more.

West Ham, on the other hand, are seventh with 52 points.

Champions League qualification hopes are slim for them through the league, but the Europa League presents West Ham a more feasible route to the competition.

They are only three matches away from lifting the trophy and securing a spot in next season’s Champions League finals.