Life is fragile, we all knew that.

But nobody had prepared us for the untimely demise of popular singer Krishnakumar Kunnath, known as KK, that too in his prime.

He left the concert and was taken back to his hotel where he collapsed.

The singer was taken to CMRI Hospital, where he was declared brought dead.

A video showed that he was not feeling well when he was being rushed out of Kolkata’s Nazrul Mancha shortly after his concert ended on Tuesday evening has gone viral.

Reports say that the hall had a capacity to accommodate 2,500 people, but the event was attended by around 5,000 people.

To top that, the AC was switched off in the extreme heat!

KK was sweating profusely and even complained about the heat as he tried to cool his face with a towel.

AC wasn't working at Nazrul Mancha. he performed their and complained abt it bcoz he was sweating so badly..it wasnt an open auditorium. watch it closely u can see the way he was sweating, closed auditorium, over crowded,
Legend had to go due to authority's negligence.
Not KK pic.twitter.com/EgwLD7f2hW

Bengal BJP MP Dilip Ghosh was critical of the organisers.

He said, “When such big celebrities come to perform, mismanagement takes place, but it is the administration’s responsibility to provide protection to celebrities.”

“Just imagine the situation inside the hall after the AC was switched off in this hot weather,” alleged Ghosh.

According to police sources, KK’s face and head bore injuries.

This is really mysterious.

No wonder, the Kolkata Police has registered an unnatural death case over the death of  KK.

The case was registered at the New Market police station.

An autopsy is being conducted at SSKM Hospital in Kolkata to ascertain the cause of death.

Interestingly, the police are also checking the CCTV footage at Grand Hotel and talking to the hotel staff and the event organisers.

Only then will the real truth come out.

KK was a music legend who touched so many people with his voice.

Many personalities took to Twitter to pay tribute including Sonu Nigam and AR Rahman. 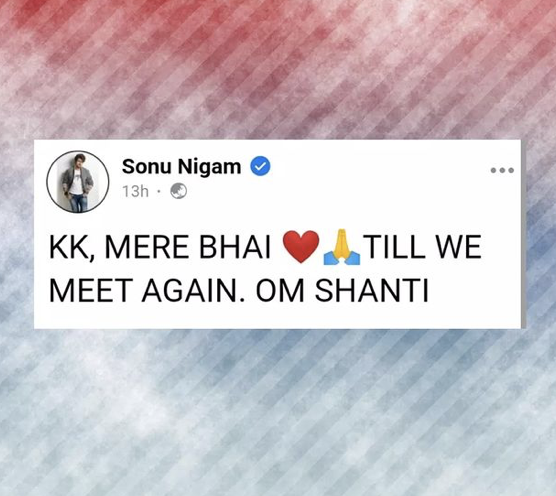 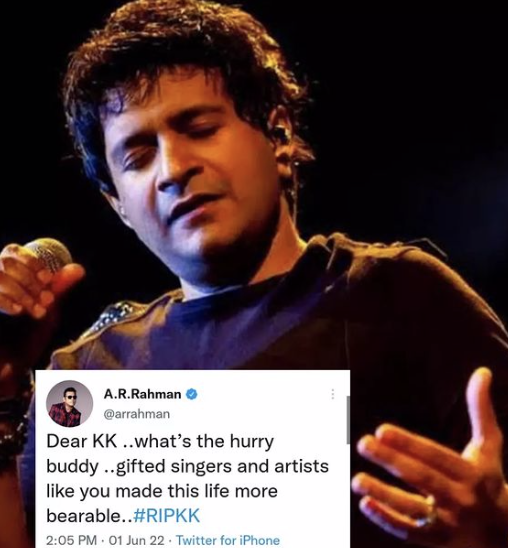 KK got his break as a playback singer with A R Rahman’s hit songs ‘Kalluri Saaley’ and ‘Hello Doctor’.

His first full-fledged Bollywood song was, however, the hugely popular ‘Tadap tadap ke’ from Hum Dil De Chuke Sanam in 1999.

Rest in peace KK and thank you for the music.