Confirmed: Deepika Padukone is in Brahmastra part one: Shiva

Part One of the Brahmastra Shiva, which debuted on September 9 and began its OTT adventure on November 4, was published. Some viewers saw Brahmastra Part I in theaters claimed to have seen Deepika in the picture. Others who watched it in 2D claimed that the actress was completely invisible.

But the OTT version put any confusion to rest. In one of the sequences, Deepika can be seen holding the infant Shiva in her arms. Just after intermission is when this scene appears.

Fans confirmed it is Deepika after viewing the film on Hotstar.

My heart skipped a beat seeing her😍I got chills especially with that soft bgm.. she's just something else. Missing you in the movies @deepikapadukone. #Brahmastra pic.twitter.com/VvdmUqxm1H

!!!SPOILER ALERT!!!
.
A clear glimpse of @deepikapadukone as Amrita in the Disney+Hotstar release of #Brahmastra ! So it’s confirmed that #DeepikaPadukone is playing Shiva’s Mother! Now the question is, why cut it from the movie but put it on the digital release? What’s cooking?? pic.twitter.com/sCHCIRuZfV

Not sure if anyone else did. But I just spotted @deepikapadukone in @BrahmastraFilm for a fraction of sec. So its no more a rumour #Deepika is playing role of #shiva’:s mother in Brahmastra. #BrahmastraOnHotstar #Bramhastra #brahmāstra #shiva pic.twitter.com/aNVVuQ3u43

Brahmastra part one: Shiva is the first movie of the trilogy in Ayan Mukerji’s Astraverse. Ranveer Singh will appear in the second installment, if reports are to be believed. It will be intriguing to see how the Astraverse expands in Brahmastra 2 and subsequent installments.

In other news, on the day of completing 15 years in the industry,

Deepika Padukone launched her self-care and skincare brand ’82°E’ which will read as ’82 East’.

The concept of the East and West meeting inspired the skincare line’s distinctive moniker.  “Pronounced eighty-two east, our brand is inspired by the standard meridian that runs longitudinally through India and shapes our relationship with the rest of the world,” Deepika wrote.

The company claims clean, vegan, cruelty-free, and clinically tested skincare.
“The range of skincare products have been rigorously sourced, carefully crafted and clinically tested so you can build simple, joyful and effective everyday rituals to care for the health of your skin,” Deepika, a co-founder of the company, added on Instagram. 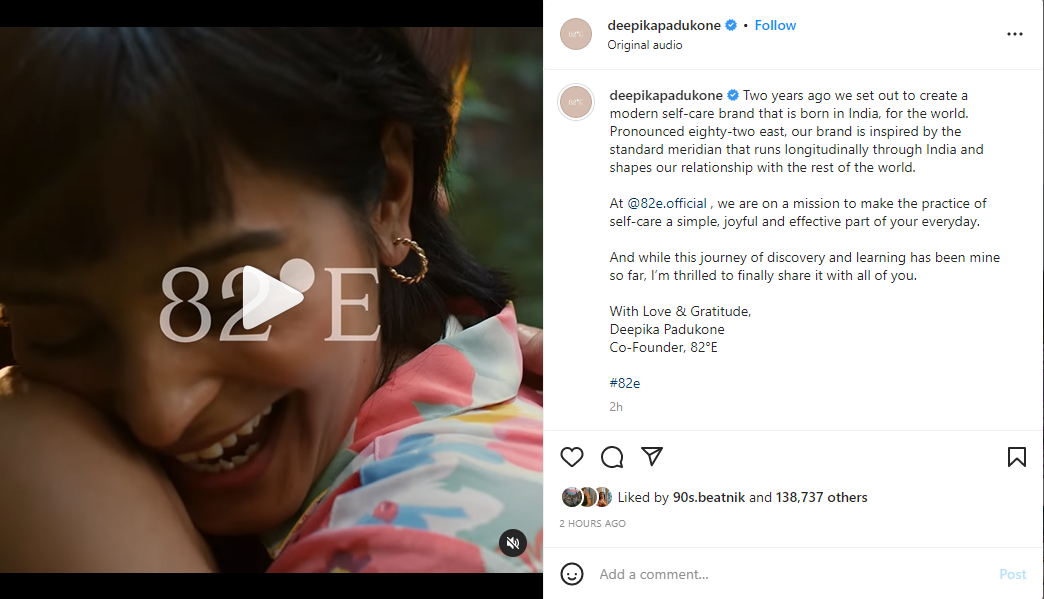 The unveiling happened a day after the actress posted a mysterious video on Wednesday night with the phrase “It’s time to look East” as the caption. 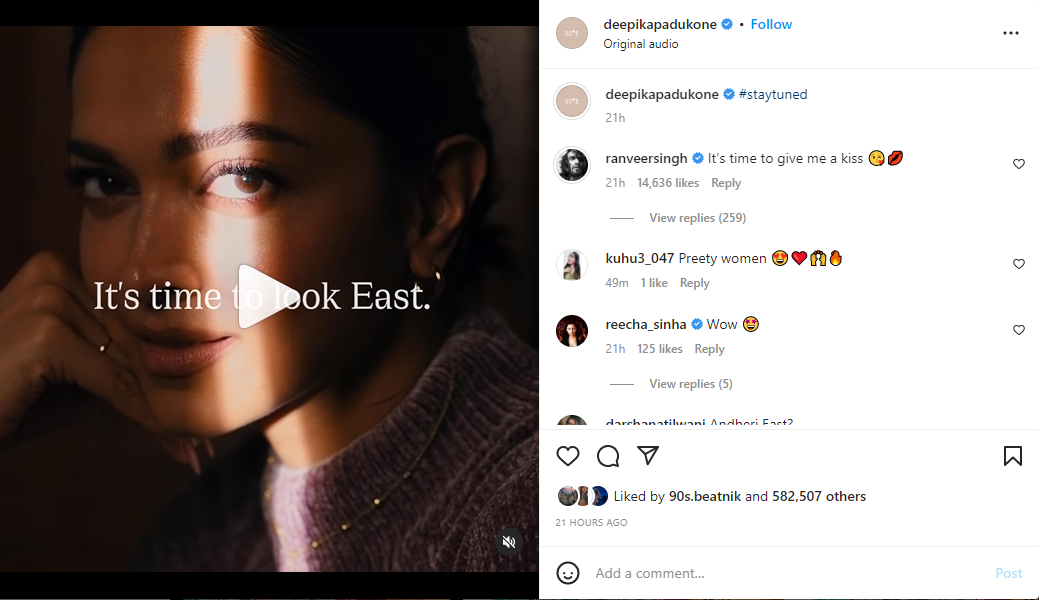 Look at Ranveer Singh being as cheeky as he can be!

Cleanser, toner, moisturizer, eye cream, and SPF are among the new 82°E skincare products that will be sold online beginning in mid-November.