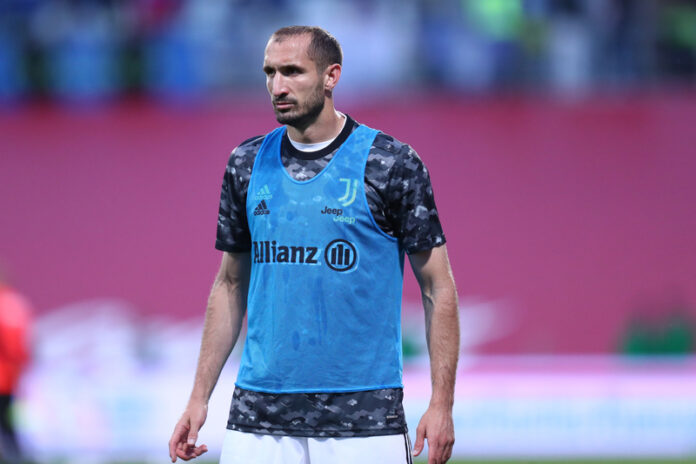 Giorgio Chiellini has signed a new two-year contract with Juventus, the Serie A club announced on Monday.

This comes just a few weeks after the Italy captain led his country to triumph at Euro 2020.

Chiellini, 36, was out of contract after his previous deal with Juve expired at the end of June.

The Italy captain was technically a free agent when lifting the UEFA EURO 2020 trophy at Wembley Stadium.

However, his return to Turin was never really in doubt and it was finalised this evening, upon his return from an extended summer vacation with Juve teammate Leonardo Bonucci and their families.

It is a two-year deal, as expected, because it’ll allow Chiellini to continue his career up to and beyond the 2022 World Cup in Qatar.

That is scheduled for November and December 2022.

He turns 37 next month and will be almost 39 by the time the contract expires in June 2023.

It’s reported he will earn €2.5m per season.

Chiellini joined Juventus from Fiorentina in 2005 and helped them win nine consecutive Serie A titles.

The centre-back has 535 competitive games with Juve under his belt, scoring 36 goals.