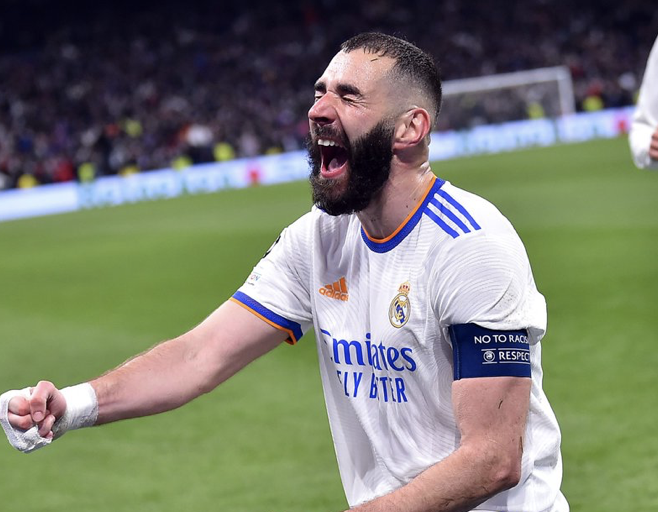 Real Madrid took a page out of Barcelona’s book to overcome a sizeable deficit against Paris Saint-Germain and progress to the next stage of the competition.

At halftime, the balance of the tie tipped heavily towards the visitors at Bernabeu.

PSG came to the Spanish capital with a one-goal lead, and they added to it six minutes before the interval.

Kylian Mbappe, who scored the late winner in Paris, dealt a blow to Madrid again as the Frenchman left David Alaba for dead and beat Thibaut Courtois at the near post.

Madrid found themselves in an uphill battle to go through since they had only 45 minutes to subdue a two goal gap.

Nine minutes after the break, Mbappe got the ball into the net once again, but this time the offside flag came to Madrid’s rescue.

Madridistas rekindled their hopes of making a remarkable comeback as Karim Benzema forced Gianluigi Donnarumma into making an error, which eventually turned into Madrid’s first goal.

Under pressure from Benzema, Donnarrumma played the ball straight to Vinicius Jr. The Brazilian swiftly played it towards Benzema, who made no mistake to make the scoreline 1-1.

In aggregate, Madrid were still trailing by a goal. Benzema scored his second goal of the night to make the tie even 15 minutes after scoring his first one.

Luka Modric, who continues to show no signs of having a 36-year old physique, initiated a Madrid counter after recovering possession on the fringe of the Madrid box and ghosted past several Paris shirts before finding Vinicius.

The 2018 Ballon d’Or winner got the ball back instantly, and then he picked out Benzema.

The France international’s shot took a deflection off of Marquinhos and sailed into the PSG net.

The goal unsettled the PSG defence, and Madrid took advantage of it immediately.

Benzema intercepted Marquinhos’s pass and fired past a helpless Donnarrumma to make it 3-1 for the hosts. Real Madrid prevailed in the late PSG onslaught to secure a 3-2 win over two legs.

At the Etihad, Sporting had a mountain to climb against Pep Guardiola’s Manchester City.

The Citizens smashed their Portuguese opponents 5-0 in the reverse fixture and all but ensured their place in the quarter-finals.

Sporting showed little ambition on attack and focused on making their defence as compact as possible to avoid another high-margin defeat.

The visitors were successful in that regard, as City couldn’t find a way past the Lions’ backline.

Gabriel Jesus did manage to rattle the net, but VAR chalked off his goal. The tie ended in an uninteresting 0-0 draw.