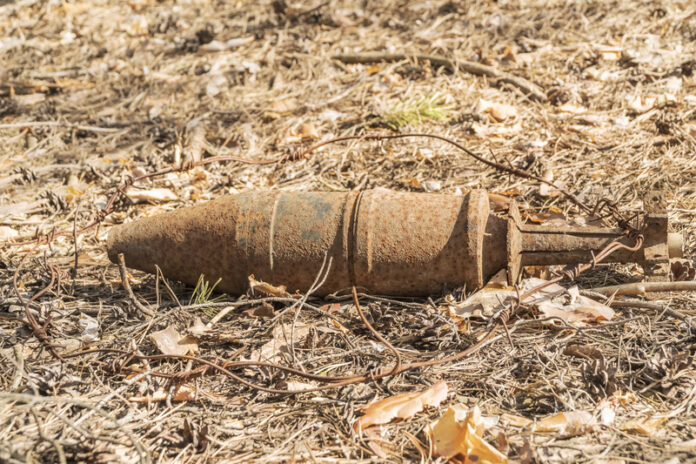 Clubs often have to cancel their scheduled trips because of weather hazards.

Bayern Munich, however, had to delay their flight back home under unusual circumstances.

An unexploded World War II era bomb has kept the Bavarians stuck in the Northern German city of Bremen.

The record Bundesliga champions took on Oberliga club Bremer SV in the first round of DFB Pokal. Bayern rested some of their key players for the tie, but the German fifth tier club was still no match for the Munich outfit.

Bayern struck a dozen past Bremer’s net to bring them an emphatic 12-0 win.

It is Bayern’s largest win since their 16-1 thumping of DJK Waldberg in August, 1997. Coincidentally, that was a Pokal first round tie as well.

Eric Maxim Choupo-Moting made the best out of the opportunity he had and bagged four goals and three assists.

Jamal Musaila hit a brace and the other six goals were scored by Leroy Sane, Corentin Tolisso, Bouna Sarr, Malik Tillman, Michael Cuisance and Jan-Luca Warm, who scored an unfortunate own goal.

After this triumphant victory, Bayern players were packing up their bags to head for the airport. But, the discovery of an eighty year old, World War II relic canceled their homebound journey.

During an excavation in the Habenhausen area, the 500kg bomb was found. Experts believe the bomb was dropped by the US air force during a WWII air raid.

The area is in close proximity to the Bremen airport. To safely defuse the bomb, local authorities evacuated the area and sealed off the airport. Thereby, forcing the Bayern contingent to prolong their stay at the city.

Bayern Munich are expected to return on Thursday, but they won’t have much time to prepare for their weekend Bundesliga meeting.

The reigning champions will welcome Hertha Berlin on Saturday. So, the squad won’t have much time to shrug off jetlag.

However, such an experience is not new to Bayern players. Last year, the flight scheduled to take Bayern to Qatar for the Club World Cup got cancelled.

Foggy weather made it impossible for the plane to take off from the runway. So, the team had to wait at the airport whole night and catch the flight in the morning.