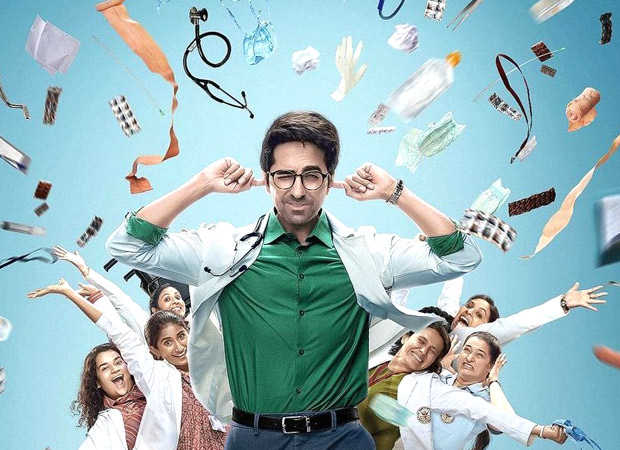 The trailer of Ayushmann Khurana’s, Doctor G was released today and it does look like the film will be making people laugh out loud.

Ayushmann Khurana is a man of many talents and is therefore loved by almost everyone. He has always been one of those actors who believe in delivering good content to audiences. This time is no different. Ever since Doctor G was announced, fans have been curious to see the trailer of the movie.

After releasing the poster of the movie just yesterday, the trailer was launched today at 11 am for the excited audiences.

Speaking about the trailer, it shows the film will be a rib-tickling comedy. Ayushmann is the only male in the gynecology class headed by Shefali Shah which adds to his dilemma. The  trailer goes to show the struggles he faces as he comes to terms with his new profession and has to deal with ‘losing the male touch’.

Watch the funny trailer here which will surely make you excited for the film.

Doctor G shows Ayushmann stepping into the role of a male gynocologist and as this year has been good to comedy movies, we can expect this one to be a hit at the box office as well. Ayushmann Khurana has a massive fan base which will also make sure that Doctor G has a good run.

Along with Ayushmann Khurana, the movie also stars Rakul Preet Singh, Shefali Shah and Sheeba Chadda. The fun filled movie will be releasing in theatres on 14th October.

Kartik Aaryan the ‘Most humble actor’ in BTown?