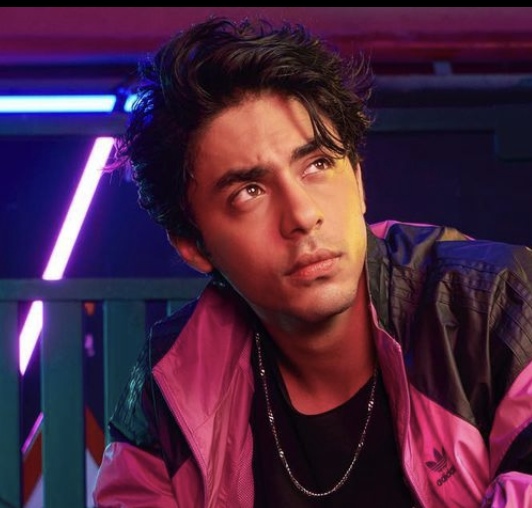 In fact, Aryan has also done his first photo-shoot for the NMD franchise, owned by Adidas.

“First launched in 2015, the NMD franchise immediately created a fan-base for itself in the sneaker world with its style and comfort.”

“Built for a life in motion, the shoe is re-introduced in 2022 with an updated take on the original cutting edge innovator, channeling the very same independent mindset,” the company website said.

The results have created a huge impact on social media.

Aryan looks breathtakingly handsome in the visuals and is a carbon copy of his dad from movies like Kuch Kuch Hota Hai.

Shah Rukh Khan, Aryan’s mother Gauri Khan and sister Suhana Khan were among the first few to comment on the pictures.

“Looking really good!!… and as they say, that whatever is silent in the father… speaks in the son. By the way is that grey t-shirt mine!”, wrote SRK.

The post also led to some banter, inspired by SRK’s legendary wit.

Shah Rukh Khan commented that the grey tee worn by Aryan in one of the pics belonged to him.

In his reply, Aryan Khan said the tee and the ‘genes’ (punning on jeans) both belonged to Shah Rukh Khan.