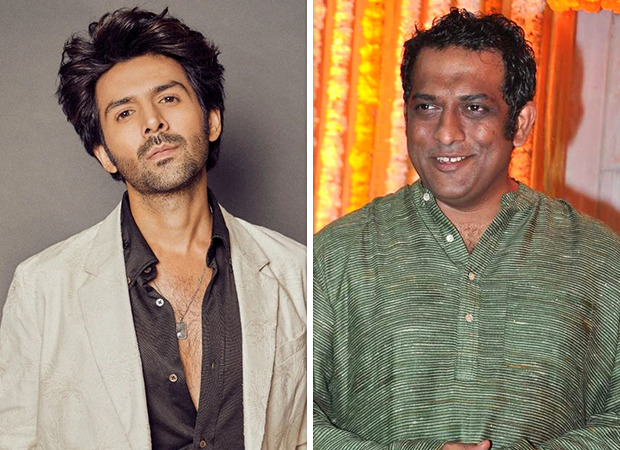 Aashiqui, a movie franchise started by Gulshan Kumar will have a third installment Aashiqui 3 which was announced today!

Aashiqui, which was released in 1990 starring Rahul Roy and Anu Agarwal in the lead roles was followed by a sequel Aashiqui 2 in 2013 starring Aditya Roy Kapur and Shraddha Kapoor.

It’s been 32 years since the original Aashiqui came out and now Kartik Aaryan is all set to play the lead role in Aashiqui 3 which will be directed by Anurag Basu.

Kartik Aaryan, still swooning with the success of Bhool Bhulaiyaa 2 said starring in a musical love story like Aashiqui 3 is a “dream come true” as he has been inspired by the original from his childhood.

Speaking about Aashiqui 3 Kartik said, “The timeless classic ‘Aashiqui’ is something I grew up watching and working on ‘Aashiqui 3’ is like a dream come true. I feel privileged yet grateful collaborating with Bhushan Kumar and Mukesh Bhatt for this opportunity.

I’ve been a big fan of Anurag Basu’s work and collaborating with him on this one will definitely shape me in many ways.”

Anurag Basu’s last film was Ludo on Netflix. He said, “The aim is to carry the legacy ahead in the best possible way. It’d be my first venture with Kartik Aaryan, who is known for his hard work, dedication, grit and determination towards his work and I’m truly looking forward to this one.”

Pritam, the music composer for the film said that the Aashiqui franchise is a musical love saga that has hit songs both in the original and sequel. His goal is “to take it to the next level” with Aashiqui 3.

Mukesh Bhatt who will be producing said,  “On the evening of Aug. 16, 1990, a day before the ‘Aashiqui’ release, Gulshanji [late producer and music mogul Gulshan Kumar] and me were very nervous, the next day records were broken and history was created.

“Today with Bhushan , Pritam, Anurag and the heartthrob of the nation Kartik, I assure everyone that ‘Aashiqui 3’ will celebrate love like never before,” he concluded.

Aashiqui 3 is a part of T-Series’ 100 film slate. T-Series MD and producer Bhushan Kumar said, “We are ecstatic to announce ‘Aashiqui 3’ in collaboration with Mukesh Bhatt, directed by my all time favorite Anurag Basu.

“The film is sure to have a fresh side to it while retaining the true essence. We couldn’t have found an actor better than Kartik, a true rockstar in all sense after the massive hits he has delivered; he truly fits to a T,” he finished.

Fans of both Kartik Aaryan and Aashiqui franchises will surely be ecstatic after this news.

Here’s what to expect from the extended version of Spider-man : No Way Home.