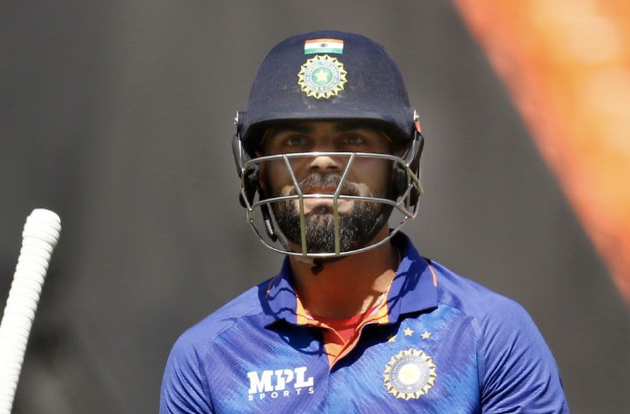 India completed an outstanding clean sweep against the struggling West Indies side.

Once again, India managed to come back after the failure of the top order in this series.

India lost their top 3 on just 42 runs but excellent half-centuries from Shreyas Iyer and Rishabh Pant brought them back into the game.

Deepak Chahar and Washington Sundar played crucial cameos in the lower order to help their side pass the 260 run mark.

The West Indies batting lineup failed once again in this series as the Indian bowlers wrappedthem up on just 169 runs.

The seamers bowled brilliantly against the top and middle order of their opponent.

West Indies were 7 down on just 82 runs but some small contributions from Odean Smith and Alzari Joseph drag them to 169 runs.

The Indian bowlers were outstanding throughout the series as they didn’t allow their opponent to cross the 200 run mark even once in the series.

The Top order fails once again

The experienced Shikhar Dhawan returned to the side but still, the top order collapsed once again in this series.

Alzarri Joseph hurts India badly early on by picking up two huge wickets in the 4th over of the innings.

He dismissed the big guns of the Indian batting lineup; Rohit Sharma and Virat Kohli in the same over.

Rohit got an inside edge into the middle stump after scoring only 13 runs.

After the gap of only delivery, Virat Kohli nicked a leg-side gift through to Hope.

Virat Kohli was dismissed for a duck for the 32nd time in his overall International career.

Shikhar Dhawan was also not looking comfortable in his comeback game.

After scoring only 10 runs from 36 balls, Dhawan managed to top-edge on a short delivery from Smith that went straight into the hands of Jason Holder at first slip.

The superb partnership between Iyer and Pant

After losing 3 wickets for just 42 runs, Shreyas Iyer and Rishabh Pant rescued their side by putting up an excellent 110 runs stand for the 4th wicket.

Iyer returned with an excellent knock and he was well supported by Rishabh Pant who also smashed a half-century.

On the other hand, Shreyas Iyer continued his brilliant knock even after the departure of Pant and Suryakumar Yadav.

Iyer was looking to beat the long-off fielder by smashing the ball over his head but he didn’t get to the pitch of the ball and due to lack of power behind the shot, he got caught out at long-off.

He played a magnificent knock 80 runs from 111 deliveries and he surely missed a well-deserved hundred.

But the half-centuries from Pant and Iyer allowed India to reach 265 runs despite losing all the 10 wickets.

India was brilliant with the ball in all the 3 matches of this series and today they once again defended a total that wasn’t too big.

The bowlers destroyed the top and middle order of West Indies as the visitors were 7 down on just 82 runs despite having a long and strong batting lineup.

The player of the match from the last game, Prasidh Krishna picked up another 3-wicket haul in the last match of the series.

Washington Sundar was the only bowler who remained wicketless today.