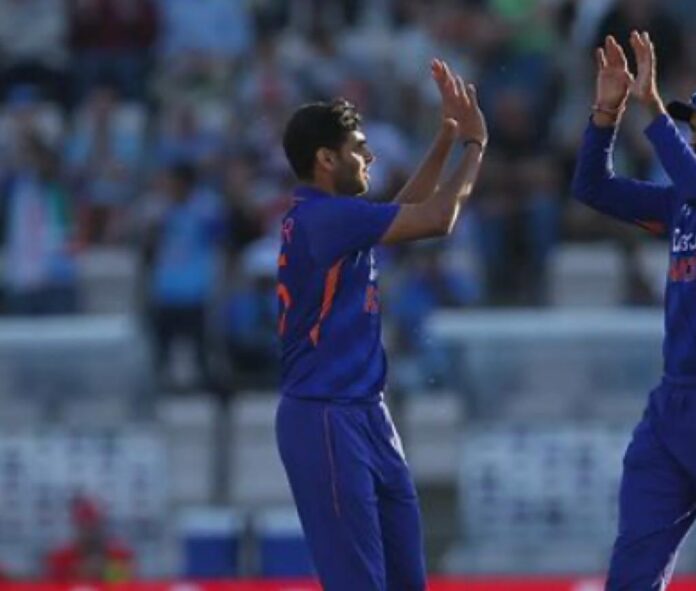 India thumped England by 50 runs in the 1st T20 at the Ageas Bowl, aided by the all-round brilliance of Hardik Pandya.

Let’s preview India’s chances in the 2nd T20, to be played at Edgbaston.

India had announced a different squad for the 2nd and 3rd T20 matches.

Virat Kohli, Rishabh Pant, Jasprit Bumrah and Ravindra Jadeja will be back for India after being rested for the first T20I.

Edgbaston is not a happy venue for India a demoralizing defeat in the rescheduled Test match.

The main challenge for India will be to get their selection right.

Whom to drop? Ishan or Karthik?

Since Virat Kohli is in the squad and he is unlikely to sit out, it’s likely that he will open the innings with Rohit Sharma.

But this will mean dropping Ishan Kishan who has been a decent job so far.

If the team wants to include Ishan, he will have to don the wicket keeper gloves and Dinesh Karthik will sit out.

Deepak Hooda is in sensational form and has delivered in his last three T20 matches, including the two against Ireland.

The thinktank will be tempted to include Hooda.

Another option is to make Hooda open the innings with Rohit and have Virat Kohli at number 3.

Suryakumar Yadav can come in at number 4.

Rishabh Pant will also be back in the playing XI and will don the gloves as India’s first choice wicket keeper.

Ravindra Jadeja will replace Axar Patel and will provide more depth to the batting.

Jasprit Bumrah is likely to replace Arshdeep Singh who made his debut in the series opener and bowled economically, also picking up a couple of cheap wickets at the end.

Bhuvneshwar Kumar is in fantastic nick and at the peak of his powers.

He will be complemented by Harshal Patel who probably has the best slower ball in T20 cricket.

What will England do

England will not panic, after losing just one match.

The biggest factor in their defeat was the early dismissal of talisman and skipper, Jos Buttler.

Buttler was in great for in IPL 2022 and will be backing himself to come back strongly.

The English will also do their homework against the short ball which the Indians deployed a lot, in the 1st match.

Thy also need a strategy against Bhuvi who applies pressure with his devastating swing and early wickets.

The English have a strong batting line up and they will try to upset Bhuvi’s rhythm with some big hits.

The bowling was not very impressive.

Richard Gleeson can come in for Tymal Mills who was the weak link and went for plenty.

Kohli’s place is clearly under pressure.

The former captain last played a T20 international in February, has featured in only two games since India’s underwhelming campaign in the T20 World Cup in October.

The only T20 cricket he played since then was in the IPL where he was below par.

Since Dravid and Rohit took over, Kohli and other seniors getting frequent breaks as part of the team’s rest and rotate policy.

This has opened the door for players like Deepak Hooda and Rahul Tripathi who play without any fear.

With Kohli expected to take another break for the five T20s against the West Indies, the two games against England assume more importance as far as his future in the T20 set-up is concerned.