Will Paris start with MNM against City? 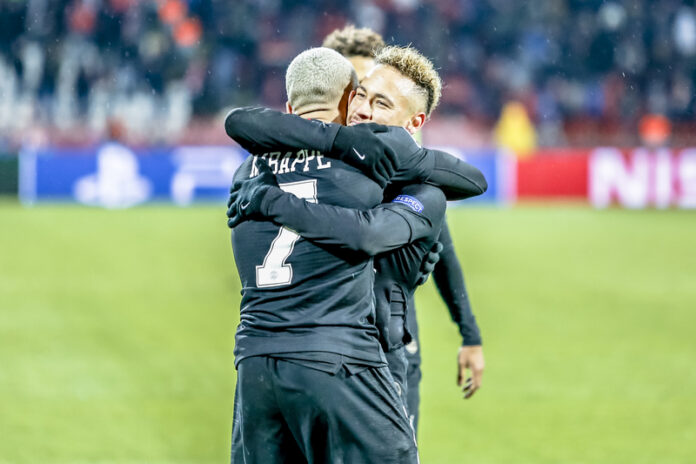 The hosts will be desperate to avoid another slip after dropping points in their opening match with Club Brugge.

The runaway Ligue 1 leaders are sweating on the fitness of Lionel Messi, who missed the weekend win over Montpellier.

Worryingly, there have also been reports of a feud between Neymar and Kylian Mbappe.

What is the feud about?

Mbappe complained that Neymar “doesn’t pass him the ball” when he was on the bench.

Mbappe was referring to one particular moment when Neymar tried to score when he felt he was in a better position.

He was very angry with both his and Neymar’s individual displays who was more keen on playing on his own.

However, they spoke before training on Sunday, according to L’Equipe, to stop their relationship from going downhill.

And then there’s also the Messi factor.

It looks increasingly clear that Mbappe is the odd one out from the MNM.

Playing upfront, he doesn’t get as many passes as he does when he’s on the left.

Messi and Neymar know each other and tend to seek one another, whereas Mbappe has to go to the flank to get the ball.

At the moment, the connection between the three isn’t very fluid as they haven’t played many games together.

If Messi recovers, there is no doubt he will play.

It’s an impossible decision for Pochettino so the MNM will play.

Against Club Brugge, PSG went for a 4-3-3 formation but against Lyon they added Angel Di Maria and played a 4-2-3-1.

Given Di Maria is suspended on Tuesday, there’s no doubt about the 4-3-3 with holding midfielders in Idrissa Gueye and Ander Herrera.

Who is the favourite?

Based on what we’ve seen this season, City look like a team while PSG are a work in progress.

With the MNM, they can score against every team but if City plays with the same intensity as the win over Chelsea, they can beat PSG.

Messi hasn’t enjoyed the best of starts in the French capital.

He has yet to find the back of the net for his new team.

PSG have yet to find the right balance even as they have started the season with eight wins from nine games.

Manchester City, on the other hand, are improving with almost every match they play.

Pep Guardiola’s team started their Premier League title defence with an underwhelming defeat to Tottenham Hotspur and were held at home by Southampton just over a week ago.

However, the away win over Chelsea on Saturday saw them back to their very best.