Will Nadal skip Wimbledon? Maybe not!

The 22-time Major champion Rafael Nadal will be travelling to London on Monday to prepare for Wimbledon!

Rafa has been training hard on grass in the last couple of days, and his foot has reacted well to treatment.

Rafa has had a couple of busy days at home in Mallorca, training on a grass court with Feliciano Lopez and deciding to give it a go at Wimbledon.

Thus, the Spaniard will enter the most famous tennis tournament and seek the first Wimbledon crown since 2010.

Rafa has been dealing with a foot injury for a year, struggling against Novak Djokovic in the last year’s Roland Garros semi-final and skipping Wimbledon and the Olympic Games.

The Spaniard needed injections in the middle of matches at Roland Garros this year.

Despite this, with two Grand Slam titles to his name, Rafa has been the best player of the season.

He has won four crowns and moved two Slams clear of Roger Federer and Novak Djokovic.

Nadal has his doctors to thank.

After his French Open triumph, he received special treatment on his foot in Barcelona.

Nadal made his Wimbledon debut in 2003, a couple of weeks after turning 17.

He scored two victories and became one of the youngest players in the third round.

Between 2006 and 2011, Rafa played in five consecutive Wimbledon finals.

He won trophies in 2008 and 2010 and lost three more finals to Roger Federer and Novak Djokovic.

The Spaniard lost ground at the All England Club in the ensuing years and failed to reach the quarter-final between 2012 and 2017.

Nadal raised his level at Wimbledon in 2018 and defeated five rivals for his first semi-final in seven years.

Novak Djokovic halted him in an epic five sets in five hours and 15 minutes over a two-day battle!

A year later, Rafa lost one set en route to another Wimbledon semi-final, hoping to pass another obstacle and enter the final.

Instead, Roger Federer toppled him in four sets in their last meeting ever.

Standing half away from a calendar Grand Slam, Rafa will seek the 23rd Major crown in London, returning to Wimbledon for the first time since 2019.

Nadal is dragging himself through the tour using sheer will power.

However, he might decide to hang up his racquets soon as there is a big change on the home front.

Rafael Nadal and his wife Maria Perello are expecting their first child. 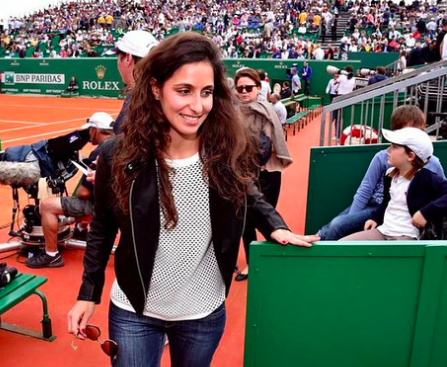 Maria’s recent pictures from their vacation on a yacht confirm the rumour, although the couple is yet to make the news public.

Rafa and Perello have been together since they were teenagers, and they got married three years ago.

Nadal has repeatedly stated that he would love to have kids, and hopefully, we will see him in the new role of a father at 36.

India will play 2 T20s against Ireland at The Village in Dublin. These will be held on 26th and 28th June. VVS Laxman will take over...

What are Rafa’s chances in Wimbledon?

The good news is that Rafael Nadal Nadal will be playing Wimbledon. This was highly doubtful after his French Open triumph owing to his foot...

Learnings from India vs Leicestershire Day 2

India faced Leicestershire as part of their preparations for the final Test match against England that starts on July 1. We have seen 2 days...

What are Rafa’s chances in Wimbledon?

Learnings from India vs Leicestershire Day 2

Kartik Aryan gets the ultimate gift!

Why is Indian cricket’s hottest prospect sitting on the bench?