The evolution of Sanju Samson 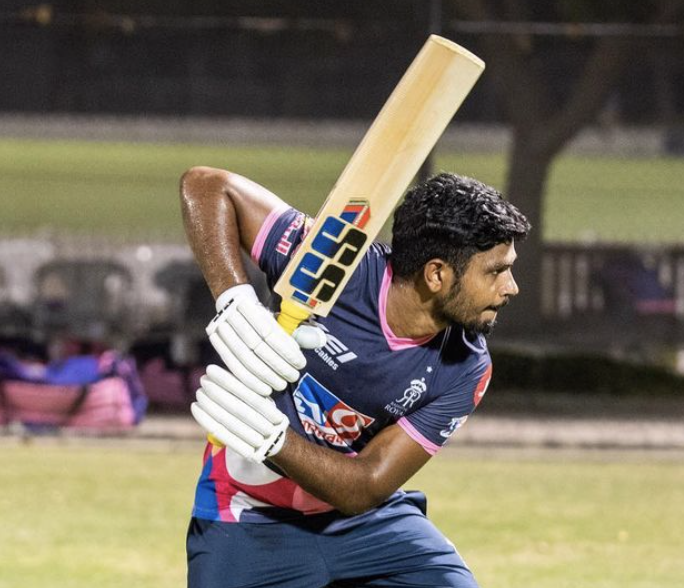 Sanju Samson is one of the most exciting young batsmen in IPL 2021.

His cricketing journey is really fascinating, so let’s find out more!

Sanju Samson was born on Nov 11, 1994, in a small region of Trivandrum (Capital of Kerala).

In the early days, his father Samson Viswanath was a police constable in Delhi.

Kerala was famous for its football culture and cricket was not popular in the state.

When Sanju’s family moved to the Delhi Police colony, he and his brother Saly Samson started playing cricket along with the neighbourhood friends.

This played a huge role in Sanju Samson’s cricketing journey.

Samson Viswanath was a football coach for Delhi Police.

He used to train the young players of the colony. Because of this, Sanju had the chance to explore his batting skills on the large ground.

Later, his father recognised his determination and talent.

The idea was to challenge Sanju to play at a bigger level. The 11-year-old boy, Sanju faced 25-year old bowlers and comfortably played shots on all their deliveries.

At 11 years of age, Sanju moved back to Kerala after the retirement of his father from Delhi Police.

His father feared that Delhi was for rich or famous people only and there is no future for Sanju.

This decision opened doors for him and he soon joined Kerala’s Ranji Trophy Team. In this way, Sanju started his First Class domestic career.

Sanju learned from his senior players and Biju George immediately pushed him to face the best bowlers of the academy.

His brilliant performance at the U-19 Domestic level earned him a place in India’s U-19 National Team squad for Asia Cup in 2012.

However, his performance was disappointing and he soon was dropped

Sanju was the youngest player to win the title with KKR at age 18.

However, he failed to play a single game.

In 2013, Rajasthan Royals selected Sanju as a young opener. Only 19 years of age, Sanju shared the crease along with legends like Shane Watson and Rahul Dravid in the biggest cricket league called IPL.

Sanju’s debut performances in the IPL made him the star player for Rajasthan.

With his fearless and explosive style of batting, he managed to hit 22 sixes in his 1st IPL, and he became one of the top run-scorers of the league. Captain Rahul Dravid, praised him for his contribution to the team as the Royals finished 3rd.

In 2017, Sanju scored his 1st IPL century but Delhi failed to qualify for the playoffs.

In 2018, RR brought him and he scored his 2nd hundred in T20 format the following year.

In 2021, he was made the captain of Rajasthan Royals after spending 9 years in IPL.

In the 2013-14, U-19 Asia Cup, Sanju Samson was given an opportunity as he replaced the injured wicketkeeper.

He scored a brilliant 100 to help India beat Pakistan in the final.

He again performed well in the 2014 IPL season. His stats and results impressed the selectors.

At the age of 20, he was selected for the Indian cricket team to face England.

In 2015, he played his first International T20 match against Zimbabwe. But, he failed to score any big runs and was dropped after the tour.

In 2020, after 5 long years, he was selected for T20 tour of New Zealand, but again he failed to make any impact.

Sanju is a batsman with tremendous potential and we hope that IPL 2021 will see the best of him.