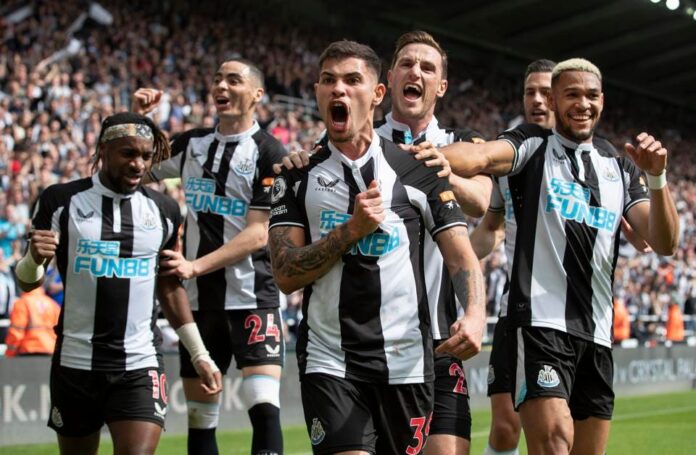 In one of the best matches played this seaon in EPL, Manchester City made a thrilling comeback to hold Newcastle United 3-3 in a six goal gripping affair.

Manchester City had to drop points for the first time in a tough draw after beginning the season with 3 consecutive wins.

Pep Guardiola’s men move up to second, two points adrift of Arsenal, but missed the chance to open up a seven-point advantage on Liverpool ahead of their trip to Manchester United on Monday.

Newcastle United even though backed by PIF, Saudi Arabia has not made some big signings. Nick Pope, Matt Targett and Sven Botman the only signings made by the Magpies.

But they had a really impressive showing in St James Park , where the level of play they displayed would give many big teams problems

Silva was recalled to Pep Guardiola’s starting line-up for the first time in the Premier League this season with the midfielder linked with a move to Barcelona and Paris Saint-Germain.

Haaland had been kept quiet before the break but exploded into life with the smallest glimpse of an opportunity in the second half and came within inches of an equaliser as his fierce low shot was turned onto the post by Pope.

The drama did not end there, even if the scoring did, as Trippier had a straight red card for a late lunge on De Bruyne reduced to a yellow after a VAR review.

But City failed to turn their momentum into a winner in the closing stages as they blinked for the first time in their title defence. ( H/T NDTV Sports)

You can read our upcoming match predictions for EPL here