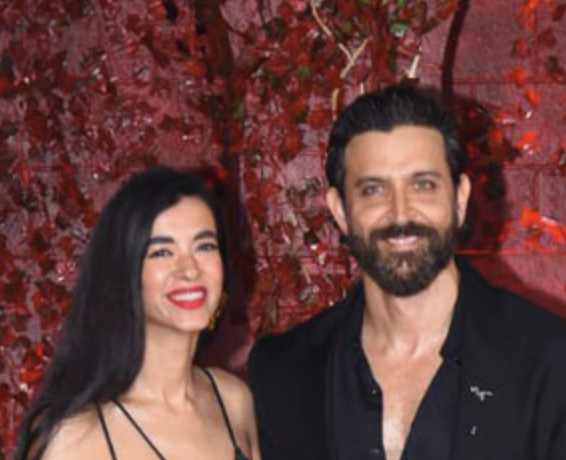 Karan Johar’s 50th birthday party was one of the biggest events of the year!

The film maker hosted a grand bash celebrating his birthday which was attended by the . who’s who of Bollywood and Telugu industry.

This was perhaps the perfect setting for Hrithik Roshan to announce his love for the the Rocket Boys’ actress – Saba Azad.

Hrithik Roshan donned an all black suit with his long hair tied and sported his Vikram Vedha beard.

Saba was also seen in black, in a cut-out black dress with noodle straps.

They were all smiles and looked at each-other lovingly while posing for photos.

Hrithik Roshan and Saba Azad have been dating for a while but have been tight-lipped about their relationship.

However, we can now safely assume that they are a couple!

Look forward to more public displays of affection from the duo.