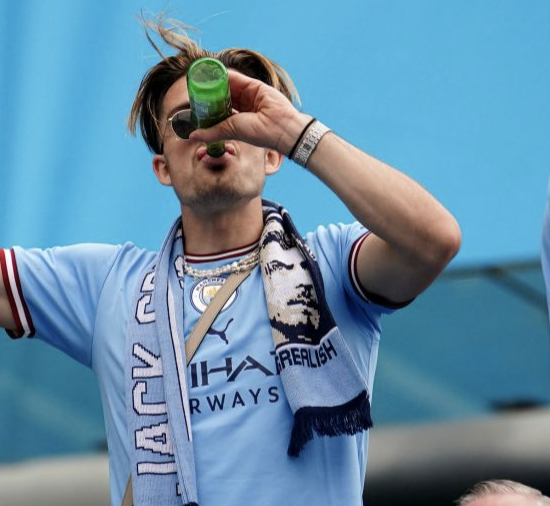 Pep Guardiola sealed a fourth Premier trophy in the last five seasons after his side completed a miraculous comeback against Aston Villa.

They came back from two goals behind to win 3-2.

The celebrations went on overdrive the triumph.

Pep wasn’t left behind either.

He was spotted smoking a fat cigar.

He was joined by members of the City staff, who also lit up cigars to celebrate yet another successful season. Boss Guardiola declared his players “legends” after their title win.

The Spaniard said: “The moment we found a goal it changed everything.

“We are playing in not normal circumstances but you have to handle it.

“Gundogan is the best inside runner we have.

“We were arriving down the sides and we needed a player with the sense of tempo in the box and he’s the best.

“We are legends. When you win the Premier League four times in five seasons it’s because these guys are so, so special.

“We will be remembered. The first title we won with lots of margin, then at Brighton, then winning at home without fans and now with people, it’s the best.