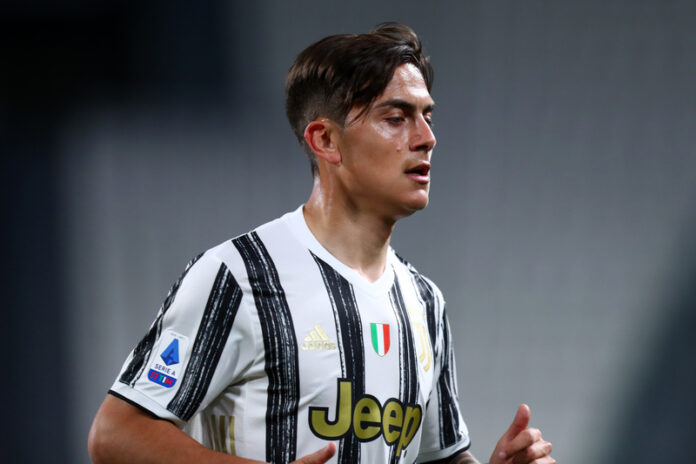 The past month has been extremely eventful for Paulo Dybala, to say the least.

He missed out on Argentina’s Copa America triumph, with the manager, Lionel Scaloni citing fitness issues as the reason for his exclusion.

According to reliable sources, this is an eyewash.

While Dybala is incredibly talented, managers have struggled to play him and Messi in the same line-up.

Owing to this, the 27-year-old has seen limited opportunities with the national team, playing just 22 minutes at the World Cup in 2018.

It is believed that his frosty relationship with the Argentine captain, Lionel Messi was another factor.

To add to his setbacks, Dybala’s pre-season with Juventus has not started well.

He has been diagnosed with a muscular injury on the right foot.

Dybala will have to work separately from his teammates for the next few days, as he has been suffering from fatigue in the thigh.

This is bad news for Dybala, who spent most of last season on the treatment table.

As a result, he will therefore miss this weekend’s first pre-season friendly against Cesena.

The 27-year-old made just 26 competitive appearances for the Bianconeri last year.

Despite this, he still managed to contribute five goals and three assists, almost all of them in Serie A.

Thankfully, coach Max Allegri is a big believer in his abilities.

Allegri will be keen to get the best out of the former Palermo talent, who was purchased by Juventus for €40m in 2015.

Dybala’s time at Juventus has been mixed.

He enjoyed a dream start in Turin, scoring 68 goals in his first three seasons in all competitions.

Unfortunately, the next three were not so productive, as Dybala managed just 32 goals in 114 matches.

Dybala’s contract is due to expire in June 2022 and no extension has been agreed upon so far.

Apparently, Barcelona were looking to offload their 30-year-old striker, Griezmann in a swap deal that would see Dybala head in the opposite direction.

Barcelona are desperately looking at ways to get the French international off the wage bill.

However, later rumours suggest that Juventus have no interest in this deal.

It is possible that Dybala himself shot down this deal owing to his equation with Messi.

What Dybala needs right now are a lot of minutes and a manager who trusts him.

Based on past evidence, Allegri could provide both.

This is vital as Dybala will be eager to get himself back into Lionel Scaloni’s good books.