Just when England were seeking to go on top, two Black Caps stood up and foiled their plans.

Daryl Mitchell and Tom Blundell led the recovery as New Zealand battled back from losing their first four wickets cheaply to reach 236/4.

Mitchell was 97 not out and Blundell unbeaten on 90 at the close of play.

This massive partnership off 340 balls for the fifth wicket shows us why New Zealand are Test champions.

Mitchell and Blundell have already put on 180 runs that has put the tourists in a dominant position at the end of Day 2.

NZ are currently 227 ahead and England have only once successfully chased down that many to win at Lord’s.

England had NZ on the mat, in the second innings.

The pacers, Anderson and Mathew Potts accounted for the Kiwi openers, Latham and Young, for only 15 runs.

Next, they removed Zealand’s best two players – Kane Williamson and Devon Conway when the score was just 56.

Potts has bowled only seven balls at Williamson in this Test but dismissed him twice without conceding a run. 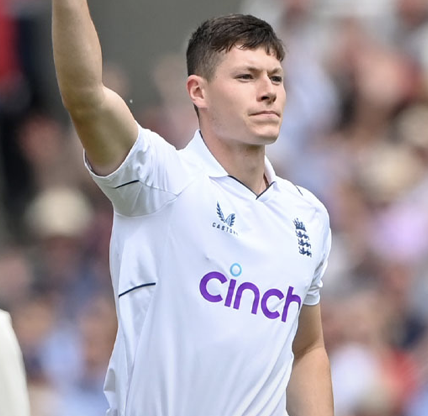 Conway threw away his wicket. Bogged down by England’s accurate lines, he tried to pull a half volley from Broad and and was caught down the leg side.

Instead of going for the kill, the English bowlers started looking listless as the fifth wicket partnership began to flourish.

The absence of Mark Wood and Jofra Archer was keenly felt.

Ben Stokes started bowling bouncers to try and break the monotony but of no avail.

Anderson was a little flat, stretching his calf at times to suggest he might be carrying an injury.

Potts was not as threatening as on day one, even though he picked two wickets.

Broad was the quickest England bowler on view and Stokes struggled, going at six an over in his first spell.

Earlier in the day, England folded up for 141.

He has not performed with the bat since his debut series in Sri Lanka four years ago.

He has gone on to play 19 innings without a 50 and this is seriously hurting the balance of the English team.

Playing in his fifth England tour, Tim Southee was brilliant and finished with four for 55.

On Day 1, England’s brittle batting was exposed as they crashed to 116/7, thanks to a superb bowling performance from Trent Boult, Tim Southee and Kyle Jamieson.