Can you recognize her? Clue: Scam!

Still wondering who is is?

Well, here is a clue.

She was the lead actress in the acclaimed web series – Scam 1992, directed by Hansal Mehta.

Well, she is none other than Shwetha Dhanwanthary!

Shreya’s bikini photos set in an undisclosed location have set the internet on fire.

The actress is seen oozing sensuality as she posed in the skimpiest of bikinis leaving little for the imagination. 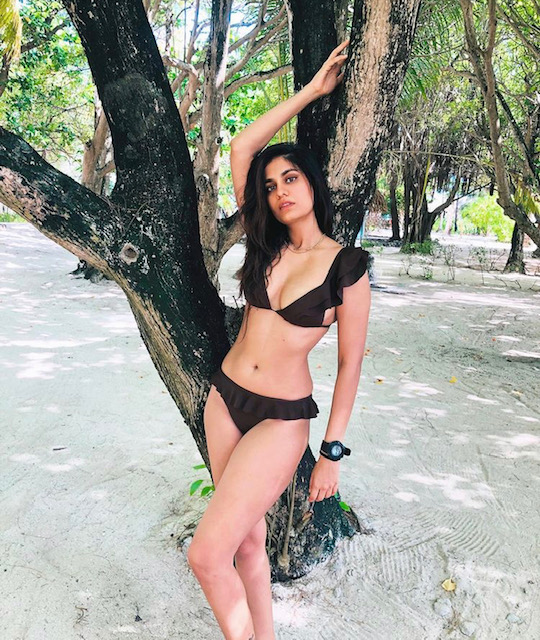 She is absolutely inhibited with ample cleavage showing and lots of skin show.

Looks like Shreya is wanted to break away from her image and wants to portray a sexy, bad girl avatar that will increase her appeal amongst fans. 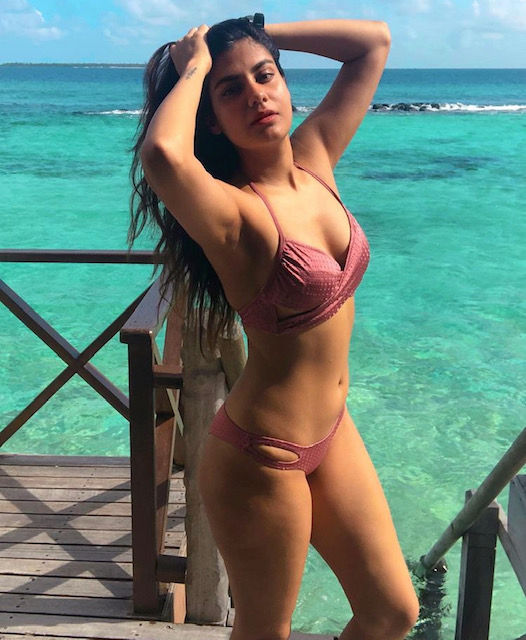 Wish her all the luck and once again, thanks for those snaps!