I will not stick to football – says Marcus Rashford 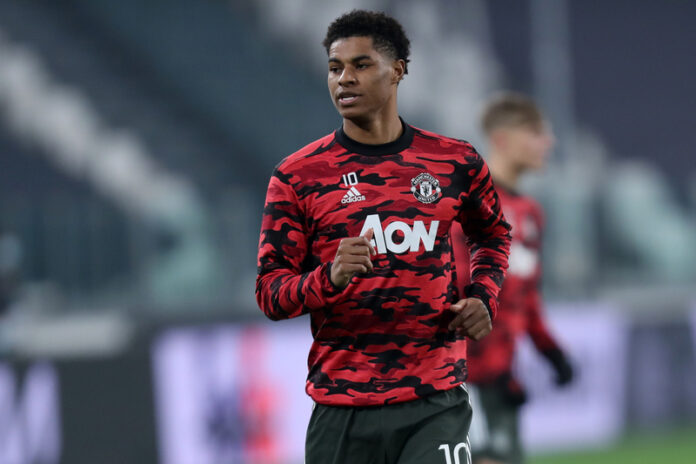 Manchester United star Marcus Rashford has made clear of his intentions of ‘’not sticking to football’’ after the footballer was criticized by some for his involvement in off-pitch matters.

The England international, who has been honored as a Member of the Most Excellent Order of the British Empire (MBE), has been actively leading a movement with a view to eradicating child hunger from the UK.

He earned widespread acclaim when he managed to persuade the British government to provide free meals to school children during holidays and Covid shutdowns.

Rashford proposed an expansion of the program that would have brought in 1.5 million more children under its coverage.

The 23-year-old launched a parliamentary petition that required a hundred thousand signatures to become eligible for House of Commons debate.

It got more than a million signatures, but the proposition got dismissed in House of Commons voting following strong disapproval from Conservative MPs.

Rashford continues to fight for the cause and in a recent interview with The Spectator, he confirmed that he won’t step away fearing denunciation.

“You grow up idolizing figures in this game who turn out to be just like you and me. Human beings with human emotions and who, more than likely, have overcome some level of adversity in their career.

“Disappointingly for some, the ‘stick to football’ advice doesn’t cut it where I’m from. See, when my community had nothing to call their own, they always found something in the way of kindness to give me.

“I am a product of their compassion, of their drive and of their willingness to offer me more than what was on my doorstep. I’d be doing that community and my family a disservice if I did not use my platform to speak on behalf of the millions whose voices are not being heard.”

Also delivering on the pitch

His social obligations, however, couldn’t distract him from his duties as a footballer.

He had 36 goal contributions for Manchester United last season in 57 appearances.

As a result, Gareth Southgate rewarded him with a spot in England’s Euro 2021 squad.

He is currently recuperating from a surgery on his shoulder and is yet to play for Man United this season. But, he is expected to return to training soon.

Marcus Rashford will expect to occupy the left side of a Manchester United attack that would have Jadon Sancho on the other side and Cristiano Ronaldo up top.

However, Rashford will be facing strong competition from Mason Greenwood, who has made the best out of the opportunities he got, and scored three goals in Man United’s opening three fixtures in absence of Rashford.