SRK, Deepika, John leave for Spain for the Pathaan shoot 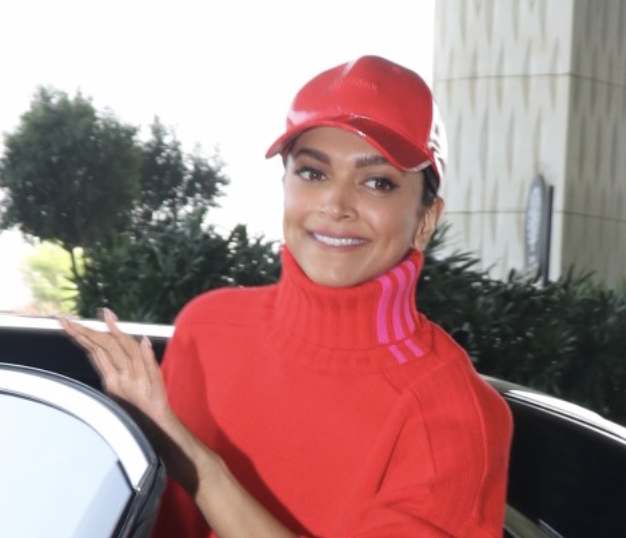 After Pathaan’s announcement this week, Deepika, Shah Rukh and John’s fans have been excited to see the trio on the screen in the action movie being directed by Siddharth Anand.

The film is backed by Yash Raj Films and is slated to release on January 26, 2023.

After launching the Pathaan announcement video and revealing the release date, Shah Rukh Khan jetted off to Spain for the shoot.

Reportedly, it is a month-long schedule.

SRK covered his head with a bandana to hide his Pathaan hairdo.

Deepika Padukone opted for an all-red look as she jetted off from Mumbai airport for Pathaan shooting in Spain.

She is seen clad in a red sweater with hot pink leather pants and matching pumps.

To accessorise her look, Deepika added a matching red and pink cap.

Deepika is seen carrying a luxury handbag to complete her look.

She smiled and posed for paps before leaving for her flight.

We hope the trip will be worth it and will lead to a smash hit!