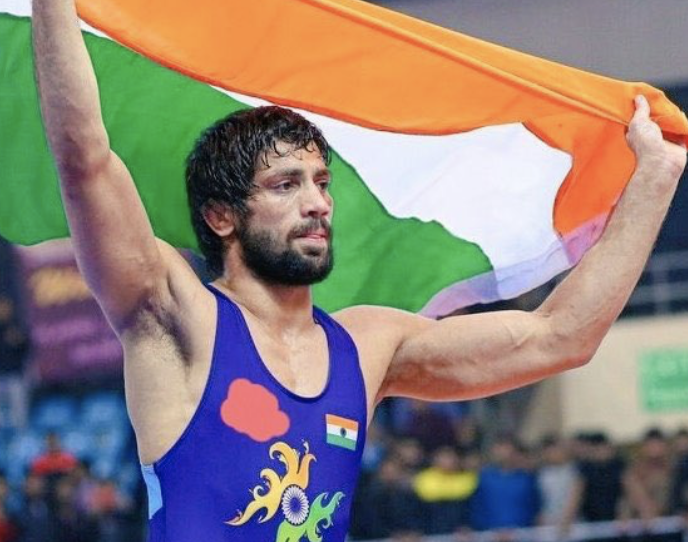 The 13th day of the Olympics turned out to be the one of the most eventful days for the Indian contingent.

Ravi Kumar Dahiya stole the limelight with a spectacular performance that will be remembered for years.

In the final round, where it mattered the most, the 23-year-old wrestler defeated Nurislam Sanayev in the semi-final of the 57kg division.

All seemed lost when Nurslam was leading the bout 9-2.

Ravi counter attacked his opponent to throw him out of the momentum and gained 3 points to narrow the gap to 5-9.

In a stunning climax, Ravi used all his psychological and physical strength to pin his opponent down to win by the fall and script a dream victory.

With this, Ravi Dahiya enters the final and is assured of a gold or silver medal.

Ravi is now the 5th ever Indian wrestler to clinch an Olympic medal after KD Jadhav, Sushil Kumar, Yogeshwar Dutt and Sakshi Malik.

Deepak Punia in hunt for bronze

Taylor went into the offensive right from the start.

Aided by his aggression, he gained a 7-0 lead against the Indian wrestler.

Sadly the Indian wrestler couldn’t mount a comeback and eventually ended up losing the bout 10-0.

Now, Punia will fight for a bronze against either Amine Myles Nazem or Shabanu Ali.

Indian pugilist Lovlina Borgohain cliched the bronze medal as she went down fighting against the world champion Busenaz Surmeneli.

Lovlina’s dreams of a gold and silver medal in the 69 kg category as she suffered a 5-0 defeat against her Turkish opponent.

Argentina down India in hockey

The Argentina women’s hockey team won 2-1 against India and set up a final against the Netherlands.

The London 2012 silver medallists came back from a one goal deficit to overcome a spirited Indian team.

India took the lead with a goal from Gurjit Kaur, ending the first quarter with a slender 1-0 advantage.

However, Las Leonas stormed back, with captain Noel Barrionuevo scoring twice to give the team a 2-1 lead which they retained.

India, who created a splash by defeating Australia in the last eight, will now face Great Britain in the bronze medal match

He managed a stunning throw of 86.65m in his opening attempt that put him on top of the qualification round on Wednesday.

He topped the Group A contest as well as the two qualifications rounds.

This was Chopra’s seventh best throw and third best of the season 2021.

Pakistan’s Arshad Nadeem, who had won a bronze medal when Chopra clinched gold in the 2018 Asian Games in Indonesia, topped Group B with a throw of 85.16m.