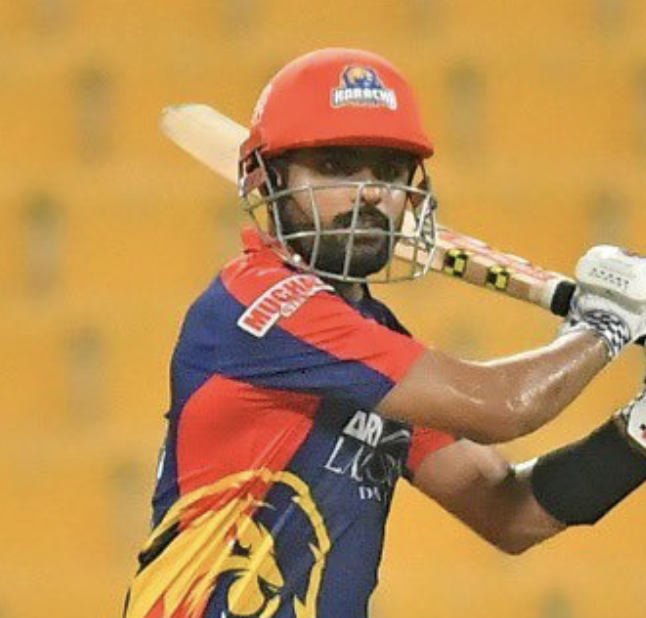 Qalandars fell to their third consecutive loss after a sublime start to the Dubai leg.

The win has handed the reigning PSL champions two more points to close in on fourth-placed Multan Sultans.

Both Karachi and Multan share eight points while Qalandars have 10.

Lahore Qalandars let the game slip away in the first inning due to a lack of intent in the field.

Babar Azam, Kings’ backbone in batting, was given a staggering six lives before being dismissed for 54.

This let the Kings reach 176/5 which proved to be a tad too much for Lahore on the Sheikh Zayed pitch.

Karachi fans have been waiting for Martin Guptill to ballistic since he joined the Kings camp.

That wish was fulfilled tonight as the Kiwi opener struck a handy cameo at the top alongside Babar Azam.

Guptill’s 43 off 31 included three humongous sixes that reminded the cricket fraternity of his power-hitting capabilities.

After being left out of the Indian Premier League this year, the NZ star has been struggling to find form in white-ball cricket.

His and Azam’s early runs set the tone for the lower order to capitalize on later.

Faulkner, Tim scare at the death

James Faulkner is having time of his life in the PSL and so is Tim David.

Tim has replaced veteran David Wiese in the Lahore squad in no time.

They struck 6 sixes altogether before being caught.

Sarfaraz Ahmed-led Quetta Gladiators will gear up for their final match of the 2021 PSL campaign on Friday as they take on defending PSL title-holders Karachi Kings.

The Gladiators are the first franchise to exit the tournament after clinching only two wins this season.

After a disappointing year at the PSL, Sarfaraz would be keen to finish the campaign on a good note and what’s better than thumping the league champions on the way out.

Probable Man of the Match

Babar Azam has been consistently performing, but he lacks the firepower that Sharjeel Khan is capable of generating.

The strong left-handed batsman, who scored the first century of this season in the Pakistan leg, has a knack for demolishing the opponents in big games.

This makes him a potent threat against the weak-spirited Quetta.

Karachi Kings are beginning to live up to their standard and the win against Lahore Qalandars was a good instance of it.

While Quetta have had no answer to their form slump.

They keep shuffling their batting order but fail to stand tall when the occasion demands.

Hence, the reigning PSL champs are likely to hammer home another victory in their 10th and final game to cement a playoff spot.