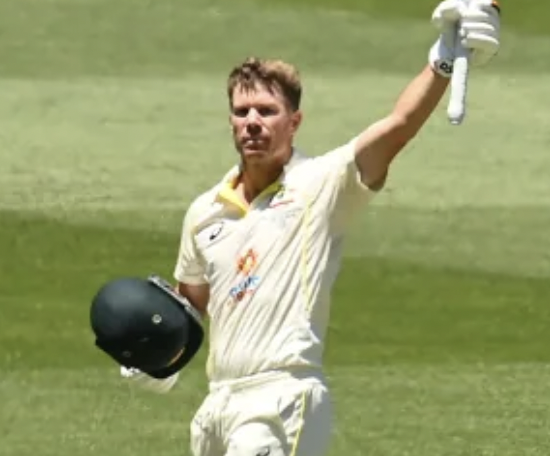 David Warner gets going when the going gets tough and he did it yet again!

In spite of a three-year drought without a century in Test cricket, David Warner proved the doubters wrong with an innings to remember.

Battling immense pressure and public criticism, Warner cracked a brilliant century and then went on to compile a double ton.

Warner brought up the three figures in just 144 balls, pulling a Kagiso Rabada delivery down to fine leg for a boundary.

Later, fighting cramps and crippling Melbourne heat, Warner went on to bring up a double century with a boundary down to third man.

Finally, he was forced to retire hurt but not before a standing ovation from teammates, fans and family.

In the process, Warner broke a slew of records.

The opener became the 10th player to make a century in their 100th Test match, joining Ricky Ponting as the second Australian to achieve the feat.

He then joined Joe Root as the only player to make a double century in the milestone match, taking just 254 deliveries.

Players who scored a century in 100th Test

Warner also became just the eighth Australian to 25 Test centuries and only the second Aussie opener after Matthew Hayden.

He also passed 8,000 Test runs along the way, another feat only seven of his countrymen had previously achieved.

As things stand, just seven batters boast more than the 25 Test centuries for Australia than the 36-year-old left-hander.

We wish Warner a few more years of record-breaking cricket!